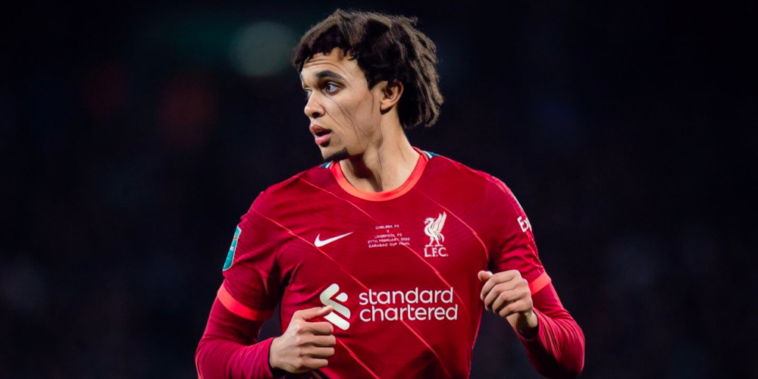 Jurgen Klopp has provided a fitness update on Trent Alexander-Arnold ahead of Liverpool’s fixture with Watford in the Premier League this weekend.

Liverpool return to league action with a home clash against Watford on Saturday lunchtime, as the Reds look to secure a 10th consecutive Premier League win.

Liverpool can move top of the Premier League with a win over Roy Hodgson’s side, having closed the gap on Manchester City – who face Burnley later in the day – to one point before the international break.

Klopp’s options have been boosted with the return of Alexander-Arnold to training this week, with the England international set to take part in full training on Friday.

The German admits that the game with Watford could come too soon for the 23-year-old as he recovers from a hamstring problem, but his return to training is a huge positive ahead of huge upcoming clashes with Benfica and Manchester City.

“We will see what we do with that. Trent wanted to play for England but he couldn’t and wanted to go. The scans showed he could not go anywhere but sometimes injuries thank God, are not that serious that you are out for five to six weeks and it is two to three weeks.

“It is tight for tomorrow but it’s possible from what I hear. He has had intense sessions with rehab team so physically he should be fine. Now I have to make a decision about rhythm.”