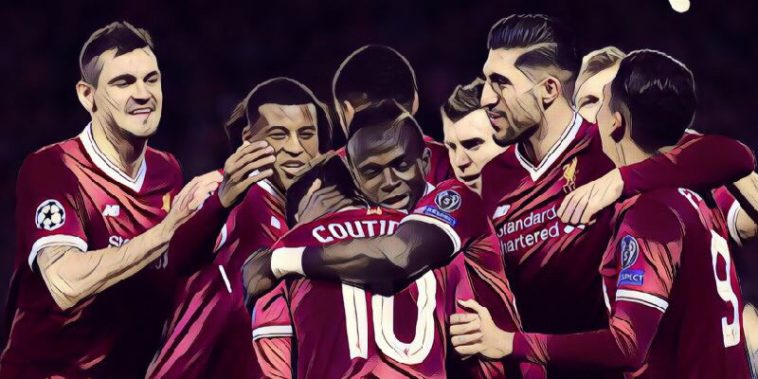 Liverpool claimed top spot in Group E of the Champions League and secured their place in the knockout stages in convincing style. Here are five things we learned.

Jürgen Klopp risked his star players by sending out a very strong team against Spartak. It was expected that Klopp would rest at least one of the front four considering the Merseyside derby this weekend.

With the front four unleashed at Anfield this result was never in doubt. In fact, most matches at Anfield this season have never been in doubt. The Spartak game showed that Liverpool, no matter the opponent or the circumstance, are capable of beating anyone at Anfield.

Since Klopp arrived at Liverpool he had stuck with a 4-3-3 formation which had worked reasonably well. However, he finally changed that formation to a 4-2-3-1 following Liverpool’s dreadful form earlier in the season.

Klopp’s decision to change to a 4-2-3-1 was a great decision and brought much better fortune to Liverpool. The Spartak game saw a return to the 4-3-3 formation though. However, Klopp is also showing that he is capable of adjusting to the situation.

The Reds used a 4-3-3 out of possession and a 4-2-3-1 in possession. The fluid transition between the formations shows that this Liverpool team is becoming increasing versatile at adapting to the flow of the game.

Spartak out of their Depth

Before this game Spartak Moscow had only lost once in their previous 19 games. Therefore, it was expected that Spartak would be able to make life difficult for Liverpool especially as they have the best attack in Russia.

However, as soon as the match began Spartak looked out of their depth. All over the pitch they were consistently outclassed and never looked like getting anything from the match.

Russian football still has a long way to go if one of their most in-form teams is losing 7-0 in the Champions League.

Philippe Coutinho led by example as he put in a captain’s performance. Despite the Brazilian’s public desire to move away from Liverpool in the summer, Klopp still had the faith to hand him the armband.

Only time will tell whether Coutinho is still hampering for a move to Barcelona but what is clear is that he is an outstanding player on his day. If Liverpool lose Coutinho they will be losing an incredibly important part of their team.

It’s in games like this where Coutinho gets to show off what he is capable of. Spartak had no idea how to deal with the Brazilian and he made the most of that. The first hattrick of his career was completely deserved and Evertonians will be fearing a repeat performance in the derby this weekend.

Quincy Promes has been arguably the best player in Russia this season but you wouldn’t have guessed it from this game. It was rumoured that Promes was an alternative to Mohamed Salah in the summer and judging by this game Liverpool made absolutely the right decision.

Whilst Promes did try to get his team up the field and create chances they found it very difficult. Maybe it is unfair to judge Promes on just this game considering his scintillating form domestically but players are judged mostly on the biggest stage.

If Promes wants to make the move to a bigger club he needs to show more in the Champions League. He hasn’t been overly impressive in Europe so far this season but he’ll have a chance to rectify that as Spartak will go in to the Europa League.