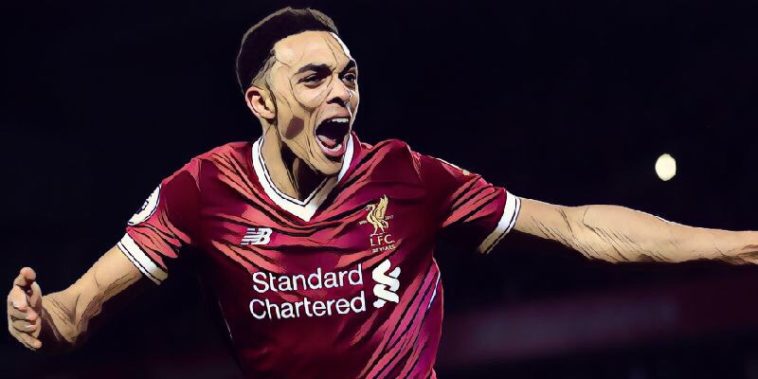 Liverpool recorded a comfortable victory against a lacklustre Swansea side but it could’ve been even better. Here’s five things we learned.

Judging by the game against Liverpool, a new manager can’t come soon enough. Swansea are desperately lacking leadership and control. This latest game showed that the new manager will have a task on their hand to establish a greater purpose to Swansea’s possession based football.

When Swansea were promoted to the Premier League under Brendan Rodgers they showed a clear purpose to everything they did and were rewarded. Since then Swansea’s tactical intent has gradually been eradicated.

This Liverpool game showcased the lack of understanding within the Swansea squad. Time and time again they were unsure how to approach the game, both with and without the ball. With the ball they showed a lack of cohesion and as such committed a lot of errors whereas without the ball they looked collectively inept at dealing with any of Liverpool’s offensive play.

Liverpool regularly gain a lot of plaudits for their quick attacking play but it’s their overall game management that can cause them problems. When things aren’t going their way, it seems to take them a very long time to rectify the problem. That was the case again in the match against Swansea.

Liverpool started the game brightly but when Swansea got themselves more organised Liverpool struggled. The Reds quickly ran out of ideas which resulted in their gameplay becoming careless. Luckily for Liverpool Swansea didn’t have the quality of Arsenal and as such weren’t punished like they were against the Gunners.

Much like the Arsenal game, Liverpool started well but didn’t know how to adapt when the opposition eventually organised their gameplay. Jürgen Klopp should take some of the blame. He regularly shows that he is slow to adapt to changes in the game by making substitutions much later than they were needed. Klopp also has the same problems with tactical changes. They too are much later than required.

This time around it took until half-time for Klopp to make the changes required. In the second-half Liverpool played much quicker and purposeful passes. Why Klopp was unable to make this change during the first half is a mystery but is something that he needs to rectify.

After a couple of seasons of poor performances Swansea really needed to get their transfers right last summer. However, their fortunes have been much worse than they would have hoped for.

Just one of those signings started the match against Liverpool and that was Roque Mesa who has been largely disappointing. Meanwhile, fellow summer arrivals Abraham, Clucas and Sanches were all left on the bench.

It was evident in this match that there are problems throughout the Swansea hierarchy. The players on the pitch don’t have the quality required, the chopping and changing of managers in recent years hasn’t helped and the owners seem to offer little support to those in charge.

Swansea will need more than just a few January arrivals to turn their season around. There needs to be a complete shift in direction and attitude throughout the club if they are to survive the Premier League drop.

The Future is Bright at Liverpool

Established Liverpool and Premier League stars Coutinho and Firmino got the job done early enough to give others a chance to shine.

19-year-old fullback Alexander-Arnold has a bright future ahead of him at Liverpool. He got his first Premier League goal against Swansea and will give Nathaniel Clyne a run for his money when he returns from injury.

Oxlade-Chamberlain also got on the scoresheet with his first goal at Anfield. The former Arsenal man has improved significantly in recent weeks and is being rewarded for his efforts. If the summer arrivals can continue to develop at this rate he could have a very successful future at Liverpool ahead of himself.

Although Dominic Solanke is yet to score his first goal for Liverpool he impressed in his cameo role. Solanke played the last 20 minutes of the match and was consistently involved in goal-scoring chances. In the end he was probably unlucky not to have scored.

In recent season Jordan Henderson has been in and out of the Liverpool team with injuries. However, he used to be a big miss to the side when he wasn’t available but that doesn’t seem to be the case anymore. That’s not something that should be associated with a Liverpool captain.

In the absence of their captain Liverpool don’t appear to be lacking any sort of leadership or control that you would expect when the captain is playing. Philippe Coutinho may not be the most vocal captain but he provided arguably as much if not more leadership. That is a damming indignation of Henderson that a player who is vying for a move away can be as good a captain as him.

The question then arises whether Liverpool are actually better without their captain playing. Judging by this game it would suggest yes. However, Swansea are probably the worst team in the league and Liverpool could’ve won this game regardless. Despite that, it is difficult to suggest anything that Henderson has contributed positively this season.