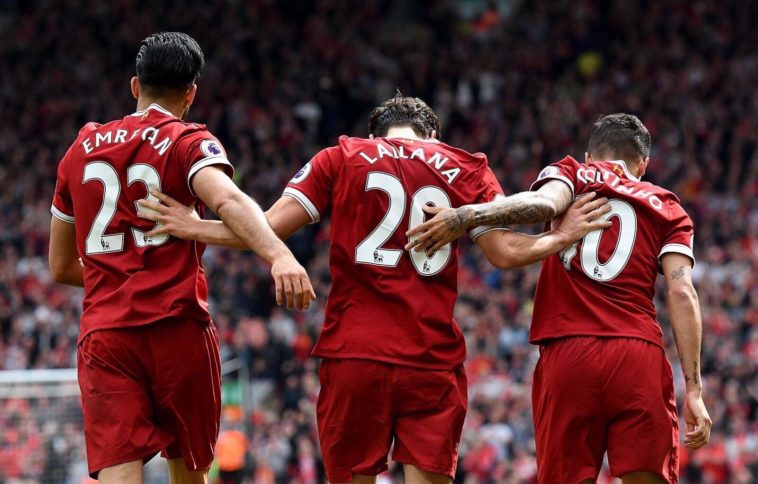 Liverpool round off the season in style, comfortably beating already relegated Middlesbrough. Here are 5 things we learned.

Not surprisingly the most important thing we learnt from this game was that Liverpool has qualified for the Champions League. Well…sort of. They must still overcome a two-leg qualifier in August but it would be highly surprising if they couldn’t get through that.

Having achieved their aims this season, Liverpool are obviously delighted. Arsenal and Manchester United provided stiff competition but Liverpool were able to fight them off. For only the second time in the last eight seasons Liverpool have managed to secure Champions League football.

Quite remarkably Georginio “Gini” Wijnaldum has scored all 17 of his Premier League goals at home. Whilst his away performances are inconsistent he has produced in key home games. Against Manchester City he scored the winning goal and he also got on the scoresheet against Arsenal and Chelsea.

His latest goal may be his most important of the season though. With the team looking nervy and lacking impetus he fired Liverpool in to the lead just before half time. The goal was crucial for Liverpool and helped set the pattern for the rest of the game. If Gini hadn’t had lifted Liverpool’s spirits before half time it may well have been Arsenal celebrating at full time.

Middlesbrough may have already been relegated but the players were still willing to fight for a result. By frustrating Liverpool for all but one minute of the first half they provided a stern test for the Reds.

Clearly wanting to impress, the players put in a solid performance and can hold their heads high. Whether they were fighting to keep their place or trying to impress potential suitors remains to be seen. However after having a very poor season it would be difficult to see more than one or two players good enough to switch to a Premier League club following their relegation.

Liverpool Need a New Centre Back

This may not come as a surprise but Liverpool’s defence was again far from impressive. Dejan Lovren found it particularly challenging to deal with Gestede and Bamford. In fact on another day he could have easily been sent off and given away a penalty. If Lovren had been sent off and Liverpool had conceded it wouldn’t have been easy to overcome.

After a long difficult season Lovren could have put it all to waste by costing his team a place in the Champions League. To make matters worse, that incident was not his only weak point in the first half. He seemed to persistently struggle to deal with the pressure the Middlesbrough frontline were putting on him.

Don’t be surprised to see Liverpool searching for a new centre back this summer. Virgil van Dijk and Kalidou Koulibaly are rumoured targets.

After Klopp changed to a 4-4-2 diamond in the West Ham game he continued with that against Middlesbrough. Coutinho once again operated as a number 8 and showed everyone just how skilful he is.

We already know how gifted a footballer Phillipe Coutinho is but in this new role we are learning much more. Coutinho has the potential to be a world class central midfielder. The way he has dictated the entirety of the last two games shows just how important he is.

If Liverpool are to persist with this formation, Klopp will surely build the team around Coutinho. There are very few players in the world that have the ability to dominate midfield and play in perfect passes to the forwards to open up a game like him. Not only that but when there is no pass on he is more than capable of creating a chance for himself. With silky footwork, quick dribbling and fierce shooting he is a consistent threat.

Barcelona are believed to be interested in Coutinho and with him moving from a left wing role to central midfield he is thriving. Whilst that form is good for Liverpool it may convince Barcelona he could be a long term replacement for Iniesta. With Liverpool having finally secured Champions League football the last thing they need is key players like Coutinho leaving.

What did you notice from Sunday’s game? What do both sides need to do this summer to achieve their very different aims. Leave us a comment below