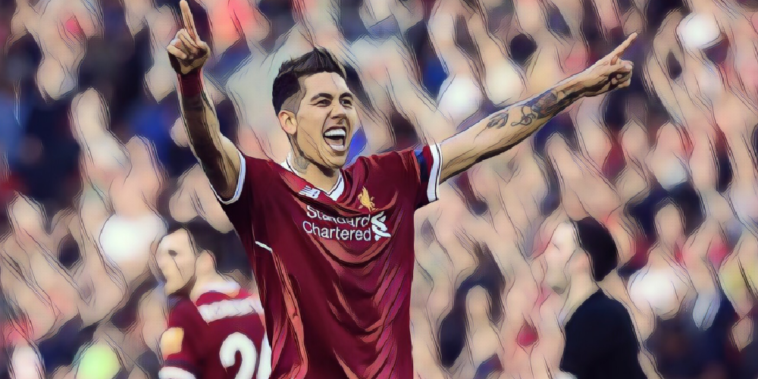 Quick out the Blocks

Perhaps still on a high from their Champions League exploits in midweek, Liverpool were quick to put their mark on the game. Right from the off Liverpool looked to take the game to Bournemouth as they continually managed to create chances in and around the box.

Momentum is arguably the most important factor to Liverpool’s success out of any of the top six sides. When in form the Reds are almost unstoppable whilst out of form they look vulnerable and struggle to take control of matches.

This match was yet another example of how Liverpool manage to put their mark on the game by carrying on their form from the previous game. The intensity did peter out as the game progressed but it was enough for Liverpool to get in front.

Aké in the Way

Liverpool were dominant for large portions of the game but Bournemouth’s Nathan Aké prevented his team from a mauling. Salah, Firmino and Mané got in to some excellent positions only to be thwarted at the last second by Aké.

Nathan Aké played the outside centre back role perfectly as part of a back three. The former Chelsea man did everything that Francis should have been doing hence why Salah was continually frustrated whilst Mané was very much enjoying the freedom he was given.

A back three may be something that Eddie Howe would consider more often if it weren’t for the obvious flaw on the right-hand side. Steve Cook and Charlie Daniels fit well in to the system while Aké shone. However, Francis and Fraser looked uncomfortable which could prompt Howe to consider replacing them in the summer but it is more likely he will revert to a back four.

Mané on the Mark

Sadio Mané is often overshadowed by the excellent performances of Roberto Firmino and Mo Salah but again he proves why he won’t be the forgotten man.

With Bournemouth switching to a back three for this game that meant that Ryan Fraser was forced in to an unnatural wing-back position. Simon Francis was the player who was tasked with containing Mané as the right-sided centre back but he struggled.

The inability of Francis and Fraser to contain Mané allowed the Liverpool winger to display his quality in front of goal. All the credit should go to Mané though, it was his individual quality that allowed Liverpool to get off to a good start and he tormented the Bournemouth defence all match.

Most of the headlines this season have gone to Firmino and Salah but Mané reminded everybody, especially Bournemouth, of how dangerous he can be. Mané’s performance shows this is an incredible front three.

Liverpool are generally known to be a side that plays quick short passing football. However, in recent weeks they have been making an increasing number of long passes. That was evident again in this match but it was particularly evident over the two legs against Manchester City.

It is quite likely that Jürgen Klopp has adapted his tactics due to the ongoing problems in midfield. Despite Henderson doing a decent job in holding midfield and Oxlade-Chamberlain impressing going forwards, Wijnaldum struggles to link them together. The whole midfield struggles as a result which has forced Klopp to instruct his ‘keeper and defence to play more long passes.

One time that Wijnaldum did actually manage to link the defensive and offensive phases well came in the closing moments of the game. He threaded a pass well in to Oxlade-Chamberlain who found Firmino for Liverpool’s third goal.

If Wijnaldum could successfully complete forward passes regularly he would be a major asset to Liverpool. However, haven been given enough time to impress in this role he still struggles. With Naby Keïta’s arrival imminent Klopp will surely look to displace Wijnaldum for Keïta and revert back to his preferred tactical style.

In the first half Jermain Defoe had just three touches of the ball, one of which came from the kick-off after Liverpool scored. Things didn’t get any better for the Englishman and he was promptly substituted following Liverpool’s second goal.

It comes as no surprise to see forwards having less of the ball when playing such a deep defensive game. However, the style of play didn’t suit Defoe at all. To play on the counter it is imperative to have forwards that are incredibly mobile and can hold the ball up well. Defoe can adequately hold the ball up but any sort of pace is long gone.

It is one of many tactical blunders that Eddie Howe has made in recent months. The Bournemouth manager regularly receives praise for the style in which his team plays and rightly so as he makes good use of the players at his disposal. However, some odd tactical choices such as in this game are probably the main reason why he is yet to be offered a job at a bigger club.