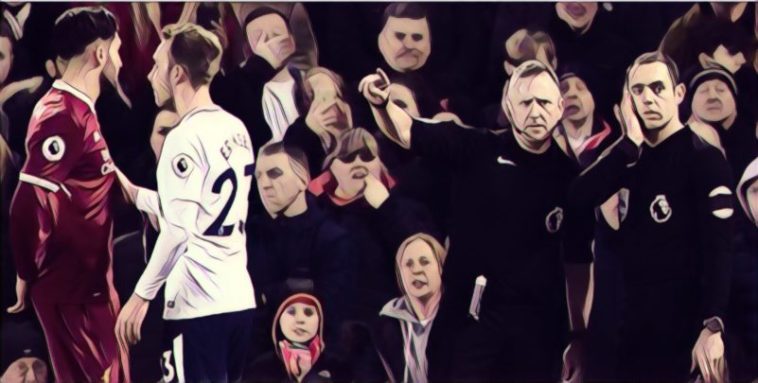 Made a couple of decent stops and read Kane’s intentions for the first penalty save, still never quite convinces though.

One of his sides best players, defended well and put in some top class crosses.

A big improvement on the last time he played Spurs, but horribly miscued a clearance that lead to the first penalty.

Calm and composed at the back for the most part, however it was his last minute foul on Lamela that cost his side victory.

Had his work cut out dealing with the marauding Trippier. A little sloppy in possession at times.

Like most of him team-mates, played well in the first-half but faded as the game went on.

Solid enough, still working his way back to full fitness.

Got through a mountain of work as always.

A quiet enough day for the classy Brazilian, pressed well however.

Not for the first time this season his final ball was poor.

Terrible. Looked lackadaisical both in possession and tactically after his introduction.

Failed to plug the gaps that Spurs had started to exploit between the lines.

Distribution a little shaky and maybe could have done a bit better with Salah’s second goal.

Got forward as much as possible and put in some fine crosses.

Had a nightmare. Shaky defensively and in possession.

Defended brilliantly at times, and covered for the unpredictable Sanchez superbly.

Put in his usual solid shift, had a decent battle with Alexander-Arnold.

His error lead to Liverpool’s opener, and coughed up possession a little to easily at times.

His ability to beat a man in the middle of park is such a huge asset for his side.

Son Heung-min 6
Looked dangerous at times, but struggled to impose himself on the game.

Got stronger and stronger as the game went on, a master at finding space in between the lines.

Not for the first time this season booked for a disgraceful dive. Has massive amounts of talent, but needs to curb his dick like behaviour.

Held his nerve to score the last minute penalty and net his 100th Premier League goal. However, it was a quite game for the leagues best striker apart from that, and his miss with the first penalty was very poor.

Scored an absolute screamer just a couple of minutes after his introduction.