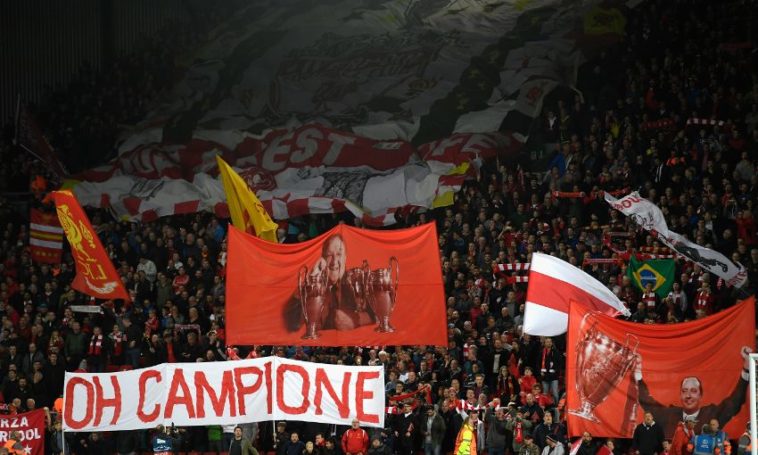 Liverpool were held 2-2 in their opening group game of the Champion’s League despite plenty of chances. Here’s our match report.

Philippe Coutinho was in the match day squad for the first time this season. He had to make do with a place on the bench though as Klopp still doesn’t deem him fit enough to start.

Karius and Gomez replaced Mignolet and Alexander-Arnold as expected meanwhile Lovren was preferred to Klavan.

Lenglet and Nolito were both unavailable for Sevilla which was a blow to the visitors. Correa replaced the latter.

The Sevilla team included two former Premier League players in N’Zonzi and Navas who Liverpool should know well. It would have been three but Nolito, the former Manchester City team mate of Navas, missed out through injury.

Liverpool’s Champions League campaign got off to a poor start. Just 5 minutes in Escudero played a low ball across goal from the left which Lovren should have cleared comfortably. However, Lovren took an air-swipe at the ball and the ball rolled straight past him to Ben Yedder who tapped the ball in. Lovren’s mistake put Liverpool 1-0 down early on.

Liverpool gradually grew in to the game and after 20 minutes their efforts were rewarded. Moreno played a great one-two with Henderson before whipping the ball in low for Firmino. The Brazilian put the ball in the back of the net and equalised for Liverpool.

15 minutes later Liverpool got a bit of good fortune. Salah won the ball from N’Zonzi well before firing a shot at goal. His shot cannoned off a Sevilla defender and looped over the helpless Rico. Liverpool had been the better team so far but were fortunate to be 2-1 up.

Just minutes later and not long to go before half time Pareja pulled back on Mané with both arms and gave away a cheap penalty. Firmino stood up to take the penalty, he went to the opposite side of Rico but only found the post. It should’ve been 3-1 to Liverpool at half time. 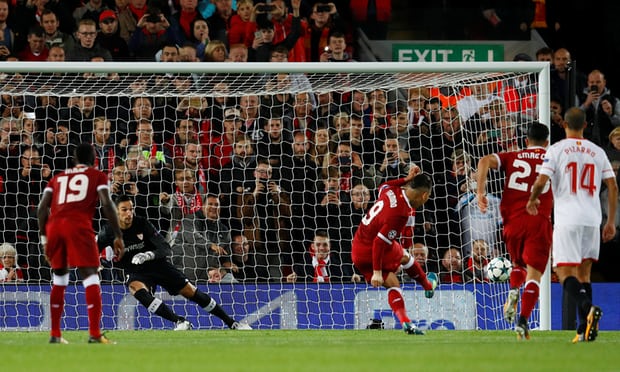 The second half got off to a slow start but bizarrely the first talking point came from Berizzo, the Sevilla manager. The referee sent Berizzo to the stand for repeatedly throwing the ball away. His petulance throughout the game had cost him.

With 20 minutes to go Sevilla managed to find an equaliser. Sevilla took a throw in quickly, the ball found its way from Muriel to Correa and he put the ball past Karius. It was a poor goal for Liverpool to concede especially from a throw in.

With just seconds to go in the game Gomez was handed a second yellow card which earned him an early bath. The game finished 2-2 between the two sides most likely to get to the knockout rounds from Group E.

Liverpool’s first game of the Champion’s League group stage was a chance to put one over on their biggest threat. Whilst they were the better side for the majority of the game they were once again poor defensively.

Liverpool invited Sevilla to have chances with their woeful attempts at clearing the ball. Most notably of course was Lovren’s embarrassing attempt at a clearance which led to the opener.

The game could have been a different story though as Firmino had the chance to put Liverpool 3-1 up. His missed penalty turned out to be costly for Liverpool as it would have put them two goals ahead just before half time. That two goal lead would have relaxed the Liverpool players and given them more confidence for the second half.

Whilst Firmino’s missed penalty cost Liverpool a win in this game their awful defending will cost them more for some time to come.

Man of the Match: Sadio Mané