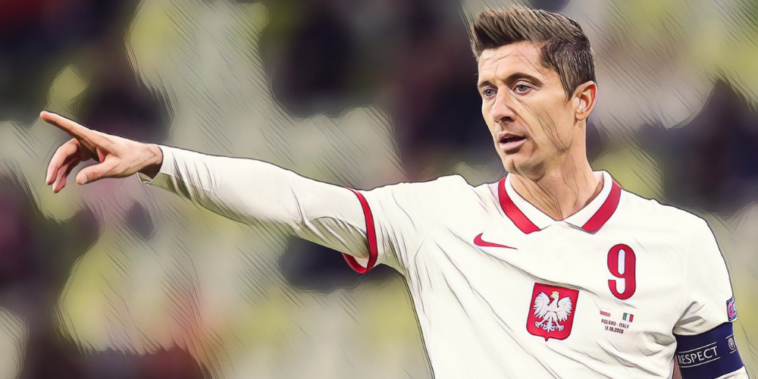 Robert Lewandowski has warned football could become ‘boring’ for fans amid the increasing fixture demands on players at the highest level.

Football’s ever-increasing schedule has been a source of contention in recent seasons with the 2020/21 campaign having been amongst the most congested in memory, the likes of Jurgen Klopp and Pep Guardiola having been vocal in their stance against the demands on players.

Europe’s elite footballers will now take part in the summer’s European Championship from June 11,  the tournament starting just a little over two weeks following the conclusion of domestic leagues.

Bayern Munich star Lewandowski has now warned against the physical overload on players and says too many fixtures could lead to games of less quality.

“So many people forget that we are humans, we are not machines, we cannot play every day at the highest level of performance,” he told the Times.

“Already we have so many games. For football, and for the young players, that will be the big problem, to stay at the top for many years, because now, and maybe the next two years, that will be extreme: so many big games.

“In the long run, it will be difficult for players to stay at the top and show their best quality, not sometimes but all the time.”

Lewandowski has questioned the need for more games and says football is in danger of losing its appeal if the levels drop amid increasing demands on players.

“If we were talking about one or two years, that’s something different, but we are talking about the next five or ten years,” he said. “And even for the fans, I think so many games will be more boring, because if you wait for the games longer, there is more expectation for that game, that feeling that you’ve been waiting for this.

“The quality of the games will go down. It’s not possible to stay with this quality on the top with so many games. Maybe in one or two seasons you won’t see this. But in the next few years, for sure, because it’s impossible to stay on the top. Modern football is so fast, so quick, the tempo is so high, to stay at this level is difficult.”

Read – Every ‘big six’ side’s most improved player this season