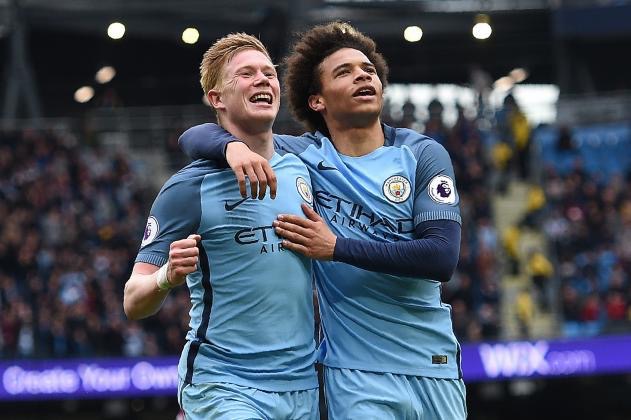 Over the past two games, Leroy Sane has undertook a new role in City’s side. Instead of pressuring back lines as an out-and-out winger as he grew accustomed to in the 2016/17 season, coach Pep Guardiola has favored the German in a position with added defencive responsibility. The shift hasn’t worked out as well as Guardiola might like, however. Sane struggled to thrive as part of a back five against both Girona in the mid-week friendly and Everton most recently.

One would think that the young winger’s talents would be best utilized far up the pitch. His tricky footwork and blistering speed puts constant pressure on opposing defences. Despite his young age, Sane has proven himself to be wonderfully effective in such a free attacking role. Why, then, might tactician Guardiola task him with defensive responsibility?

One answer might be less about Sane himself and more about the needs of the rest of the Blues’ squad. Even with the additions of fullbacks Danilo, Kyle Walker, and Ben Mendy in the most recent transfer window, City remain understaffed in the outside defender department. Exacerbating this is Mendy’s current injury.

In addition to the dearth in defence, City overflow in attacking talent. At the moment, all of the Blues’ many strikers, wingers, and attacking midfielders are fully fit, making it simply impossible to include every one of them in the same eleven. To compensate for this, Sane has been shifted to the defence, both patching up the hole left by Mendy and opening up space for more of the strikers.

What was the result of this bold change in Sane’s positioning? The traditional winger has faced consistent trouble in both taking on his new responsibilities and replicating the best parts of his game from last year. On the defensive end, the winger found himself bullied easily by experienced wingers and midfielders. At the same time, he also seemed restrained from consistently bombing forward and creating havoc in the attacking third.

The results of this Leroy Sane experiment seem clear: either Sane will make strides of improvement in defensive security, or City will try a new solution.