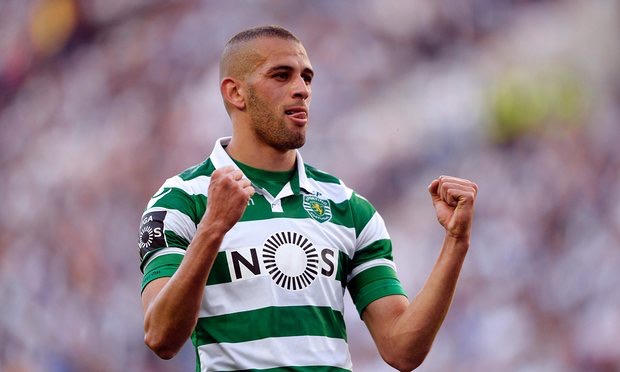 Leicester are believed to have been in talks to sign the Algerian striker Slimani for a number of days, and now seem to be set to one of sign his Sporting Lisbon teammates.

Leicester are still desperately looking to strengthen their squad ahead of their maiden voyage in this seasons Champions League, where they have been handed a favourable pathway through the knockout stages of the tournament.

As well as Slimanis possible arrival at the club, his teammate Adrien Silva has told O Jogo that he could also be on his way to the Premier League champions.

Yes, I confirm this proposal. Leicester is very interesting and corresponds to my career goals.

After the past 15 years at Sporting, this opportunity is something exceptional for me and can allow me to express and impose myself in another championship, and also to evolve in the Premier League, which is a stunning league.

I love Sporting as a family and I dedicated myself to the club since I was 12 years old.

With Sporting I lived many moments of happiness. I can say that I grew up with the club. At 27 years old, and after so many years of loyalty, I think that no one will criticise me for wanting to embrace this challenge.

It is thought that the fee to take Silva to the King Power stadium is around £21million.