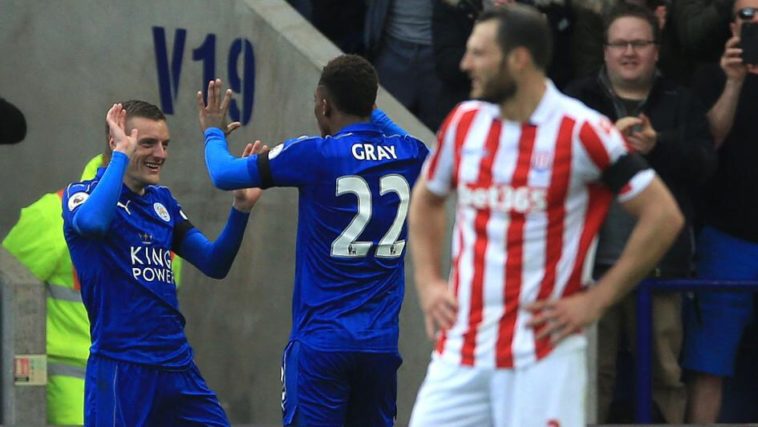 Leicester City have continued their upturn in form under new boss Craig Shakespeare with a convincing win over Stoke City.

Leicester began the game well with big chances perhaps falling to the wrong men. First up was defender Yohan Benalouane who squandered a close-range volley following a set piece.

The Leicester pressure continued as Demari Gray was stopped in his tracks on a counter attack by a horrendous Ryan Shawcross challenge, for which the Stoke defender was booked. The resulting free kick led to a penalty area melee, but Leicester couldn’t scramble the ball home.

But Leicester finally, and deservedly, took the lead through Wilfred Ndidi. Described by many upon his acquisition as a ‘Kante replacement’ he did the one thing Kante seldom did for Leicester and rifled it in from 25 yards out. The ball flew into the top right corner, giving Lee Grant absolutely no chance.

Leicester continued to dominate for the rest of the first half but couldn’t find a second goal.

This was soon changed as only two minutes into the second half Danny Simpson got his second assist of the game, chipping the ball into the area for Jamie Vardy to smash home. Again, Lee Grant had no chance. Stoke full back Glen Johnson didn’t do much to contest Vardy’s run or connection with the ball. By no means did this make it easy for Vardy, but Johnson should have done better.

Leicester threatened for a third with the mercurial pace of Mahrez, Vardy and especially Demari Gray. The attacking trio caused the Stoke defence real problems.

However, th next goal of the game came from Stoke City’s Marko Arnautovic. The goal was immediately ruled out for offside but replays show the Stoke man was firmly onside as the ball was played. Another example of why we need Video Assistant Referee’s. Whilst Stoke fans may argue that this could have changed the game, and lead to the same 2-2 scoreline of the reverse fixture, Leicester’s performance certainly merited the three points.

Stoke however looked incredibly lethargic, perhaps due to their high number of players on international duty last week. But seeing as Leicester had key players away last week as well this is perhaps an ill-founded excuse for Stoke. The resounding memory for fans of this game however should be Craig Shakespeare’s Leicester and their great performance. In form like this, there’s a chance they might just progress past Atletico Madrid in the Champions League.

We are currently looking for writers to write about both Leicester City and Stoke. If you are a fan of either club, and are interested in writing about Football, then join our ever expanding writing team.