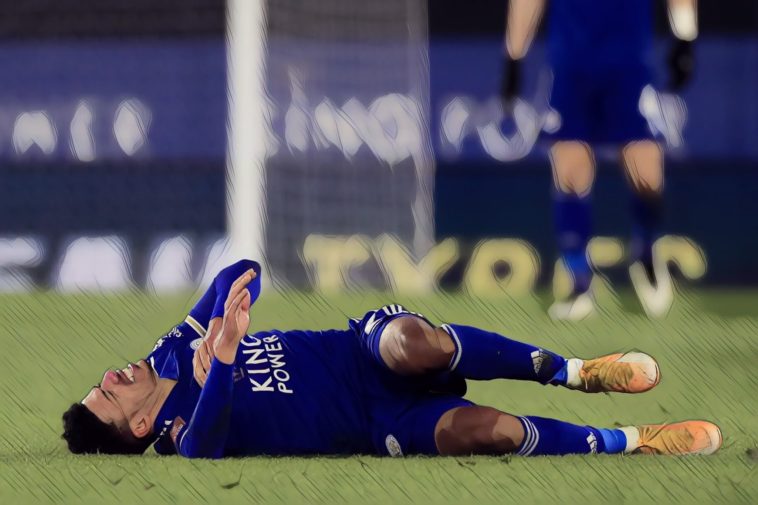 Brendan Rodgers has revealed Leicester’s ‘massive blow’ after James Justin was ruled out for the remainder of the season with an anterior cruciate knee ligament injury.

Justin was stretchered off during the Foxes’ 1-0 win over Brighton in the FA Cup’s fifth round on Wednesday, the defender going down in pain after landing awkwardly following an aerial clearance.

Rodgers was initially positive regarding the player’s injury but scans have now revealed the severity of the problem, Justin set for an extended period on the sidelines after damaging his ACL.

The news is a huge blow to Leicester with the 22-year-old having been an ever-present in the Premier League so far this season, his performances have sparked talk of a call-up to the England squad.

Justin is now expected to miss around six to nine months of action and will not feature for Leicester again this season, though Rodgers has backed the full-back to come back ‘stronger’ ahead of a long period of rehabilitation.

“The scan hasn’t shown up so well, it’s a massive blow for us – it looks like he’s blown his ACL,” Rodgers said at his pre-match press conference ahead of tomorrow’s crunch clash with Liverpool.

“He’s been incredible for us, played in so many positions and been a minimum eight out of 10 in all of them.

“He’s tough mentally and physically, that’s what makes him the boy he is. It will make him stronger. He was upset yesterday (Thursday) because he’s been so robust, he’s played nearly every game.

“Every player is different. If you look at Ricardo Pereira’s time frame (nine months), it will be either a little shorter or around that time. We’re taking every opinion on it.”