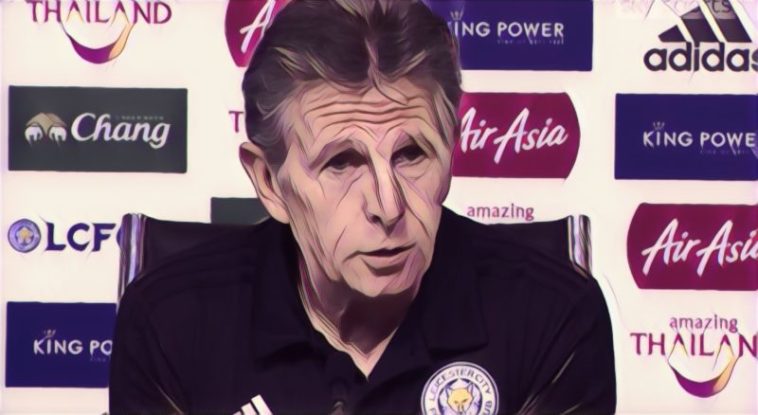 Leicester City boss Claude Puel tricked the press into thinking they had just heard a major transfer deal being announced earlier today, when he confirmed that Harry Maguire would be going to Manchester.

However, the French coach was simply referring to the fact that Leicester will be traveling to Old Trafford tomorrow night for their Premier League opener against Manchester United, and Maguire will be part of the Foxes squad.

Maguire has been heavily linked with a move to Old Trafford for several weeks, but once again Puel revealed that neither he or his clubs owners have any intention of allowing the £65 million rated centre-back leave the King Power this summer.

“I can confirm he is going to Manchester,” the Leicester boss said in his pre-match press conference.

“But only for two hours when we play there on Friday.

“We have been speaking recently with the chairman and we cannot change our team just before a game just before the new season. It’s not possible.

“We have to prepare this season. It was important to give Harry the feeling to come back into a squad with good strength and good ambition.”