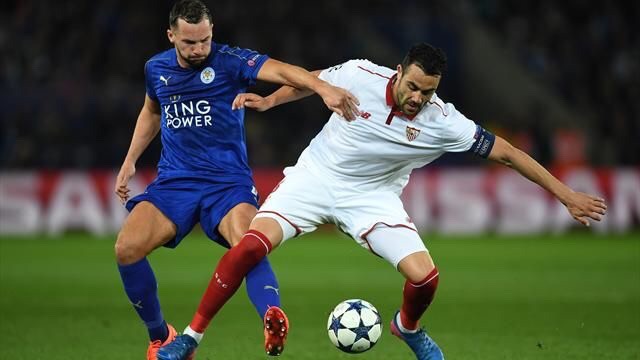 Leicester City have agreed a deal with Sevilla to sign Vincent Iborra according to the Spanish club.

It is believed that the club’s have agreed a fee of around £12.5m for the 29-year-old who has lifted the UEFA Europa League trophy three times in his four years at the club. The former Llevante midfielder has made 170 appearances for Sevilla, scoring 30 goals, a very decent return for a defensive midfielder.

A statement made by the Spanish club reads:

“Sevilla and Leicester City have reached an agreement in principle for the transfer of Vicente Iborra. The player will travel to Leicester to complete a medical examination and sign his contract.

“Once the transfer is concluded, he will return to Seville to publicly bid farewell to the fans”

Leicester boss Craig Shakespeare is believed to have been impressed by the 6ft3″ midfielder during the club’s Champions  League Round of 16 encounters last season.

The player will fly to England this week, and although the deal is believed to be close, he still has to complete a medical as well as agree personal terms with the 2015/16 Premier League champions.

Leicester fans, will Iborra be a good addition to the midfield? Where else do you need to strengthen? Let us know your thoughts in the comments box