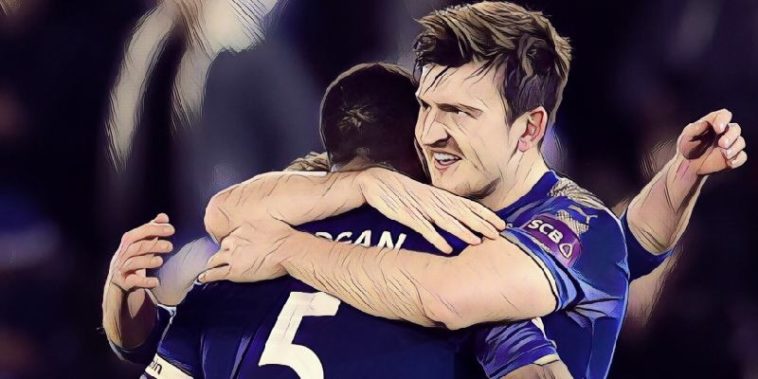 Leicester scored a 94th minute equaliser as Man Utd were unable to capitalise on dropped points around them. Here are how the players rated.

Could maybe have done better with the free kick, but he was heavily unsighted by his wall. Could have perhaps given away a penalty too, but overall, a decent game.

Had a difficult evening up against Anthony Martial and was replaced due to an injury after 57 minutes.

A solid evening from the Jamaican

Hero of the game thanks to his 94th minute winner. Had a chance to score in the first half too, and defended well at the back.

Got forward well, causing threats down the left against makeshift right back, Victor Lindelof, and with his long throw-ins.

Back after his suspension and had a decent game. Heavily involved in the opener, playing the long ball for Mahrez to run on to. Made five fouls and only one tackle.

A fairly poor afternoon in midfield, and was replaced Shinji Okazaki

A constant threat down the United left against Ashley Young, and got a good assist after some good play.

Made some good runs, but not heavily involved.

Went into central midfield after Iborra went off, and supplied the crucial assist with a delicious ball into the box for Maguire to score.

The usual busy performance from the England international, and scored a well taken first time finish to open the scoring.

Could have come off his line to clear Ndidi’s long ball for the opener, and didn’t get near either goal

Partially at fault for the opener by not tracking back, but had a decent game as a makeshift right back.

A decent game, but could have given away a penalty for climbing on Maguire. Suffered a groin injury, and was a passenger for the last 10 minutes with Mourinho having used all his subs.

Basically, the same criticism as Lindelof for the opening goal, but otherwise a solid game.

Did well against Mahrez, and offered plenty of support going forward as Man Utd dominated.

A good game for the temporary Captain, got United forward well, but has an irritating habit of taking long unnecessary strikes on.

Got United back into it with a well placed effort into the bottom corner before a sublime free kick but them ahead.

An energetic performance and showed exactly why Mourinho continues to pick him over Henrikh Mkhitaryan, but should have wrapped the game up but saw his effort on an open goal cannon off the post.

Had the better of Simpson and had a good performance, but should have out United in front after Lukaku played him through, and with only Schmeichel to beat, he blazed over

Played really well for United, holding the ball up at the right times, playing his team mates through well, and probably should have finished with two or three assists.