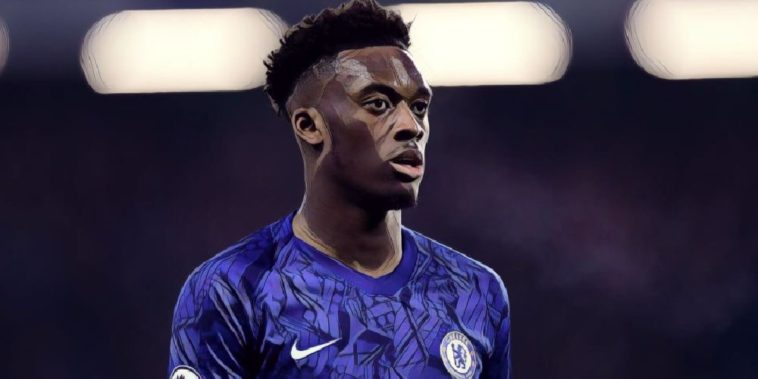 The summer transfer window has seen record arrivals and statement signings, with Premier League clubs once again investing huge sums in their pursuits of success.

Whilst a number of leading players secured dream moves to pastures new, spare a thought for those who saw potential deals fail to materialise before the transfer deadline on Tuesday evening.

Out of favour at their respective clubs, here are five high-profile Premier League players who have been left in limbo after failing to secure much needed moves.

Jesse Lingard’s career was rejuvenated last season following a loan spell at West Ham, with all indications pointing towards a permanent deal following the midfielder’s success at the London Stadium.

Lingard had failed to make a single league appearance for Manchester United over the opening half of the campaign, but thrived amid regular football at West Ham to help the Hammers to Europa League qualification.

The 28-year-old scored nine goals and provided four assists in just 16 appearances in the capital, his form earning Lingard a recall to the England squad after an almost two-year absence.

West Ham had been interested in signing the star on a permanent basis, but the Red Devils’ price-tag – inflated to around £30m following his loan performances – was deemed too much for a player entering the final season of his contract.

The failure to find a breakthrough instead led the Hammers to alternative targets, signing Nikola Vlasic from CSKA Moscow on the final day of the summer transfer window.

Lingard remains a Manchester United player for now, but with the club having added the likes of Jadon Sancho and Cristiano Ronaldo to an attacking contingent already including Bruno Fernandes amongst others, his prospects of first-team football look bleak.

Having found his form following a difficult 18-month period on and off the pitch, Lingard will hope he is not now restricted to another frustrating watching brief.

Callum Hudson-Odoi saw Chelsea block a late exit in the transfer window, despite the winger having been open to a departure in search of regular first-team football.

The 20-year-old has failed to kick-on since an initial bright start to his career with the club, signing a new long-term contract two years ago after strong interest from Bayern Munich.

The arrival of Thomas Tuchel has seen Chelsea largely operate without traditional wingers, with Hudson-Odoi having been utilised in an unfamiliar wing-back position on occasion.

Tuchel accepts the youngster’s frustrations over his bit-part role, but rejected an approach from Borussia Dortmund to take Hudson-Odoi on loan, whilst Leicester reportedly made enquiries regarding a permanent deal.

The academy graduate – capped on three occasions by England at senior level – has been an unused substitute in each of Chelsea’s opening three league games, his career at risk of stagnation without regular minutes this season.

Facing competition from Mason Mount, Kai Havertz, Hakim Ziyech and Christian Pulisic however, he will have to make the most of any opportunity that presents itself at Stamford Bridge this season.

Tottenham’s record signing has been an investment that has failed to pay dividends so far, with Tanguy Ndombele having struggled to find his feet in north London.

The 24-year-old is understood to have requested to leave the club during the summer, but Spurs received no bids deemed suitable.

It now leaves Ndombele – not involved during the club’s pre-season campaign or opening fixtures of the season – with a decision to make – will he wait it out for an opportunity elsewhere or knuckle down and force his way into Nuno’s plans?

There’s no doubt that the Frenchman could play an integral role in this new era for Spurs based on talent alone, with his guile potentially offering a different option to a functional midfield.

Spurs are the league leaders and have started the season strongly and the introduction of a committed Ndombele to their ranks would be a major boost as the north Londoners look to continue their early momentum.

It seems a long time ago that James Rodriguez was winning hearts at Everton following a fine start to his maiden campaign, the marquee arrival from Real Madrid capturing the imagination under Carlo Ancelotti.

Ancelotti’s unexpected departure and return to Real Madrid has left the Toffees with a sizeable problem however, Rodriguez currently unwanted and ostracised.

Everton informed the Colombia international that he was free to leave the club during the summer, as the Merseyside club look to remove Rodriguez’s lucrative contract from their wage bill.

Rafael Benitez had hoped to use the midfielder as part of a deal to secure Porto’s Luis Diaz, but Rodriguez failed to agree reduced terms with the Portuguese side.

AC Milan are also understood to have passed on the opportunity to sign the 30-year-old, who faces a fight to convince Benitez he can play a part in his side – the Colombian’s unshackled style at odds with his manager’s rigidity.

Ross Barkley’s career is at a crossroads, having seen a loan spell at Aston Villa last season fail to reignite his faltering fortunes.

After being deemed surplus to requirements at Chelsea the midfielder began brightly at Villa Park, but his performances dropped significantly over the course of the season with Villa uninterested in a permanent deal.

This is a footballer once billed as one of England’s brightest prospects, but at 27 has been unable to find a suitor with the likes of Burnley, Newcastle and West Ham failing to firm up reported interest.

Barkley’s career has consisted of flashes of quality mixed with frustrating periods of form, with his recent plight having seen the midfielder fall from a regular in Gareth Southgate’s England squad to a forgotten figure.

His wages of around £100,000-a-week are problematic to a potential exit, though he has not been handed a squad number at Chelsea for the current campaign.

Barkley now faces the prospect of spending the next six months on the sidelines at Stamford Bridge, with his current options restricted to the open transfer windows in nations such as Ukraine and Turkey.