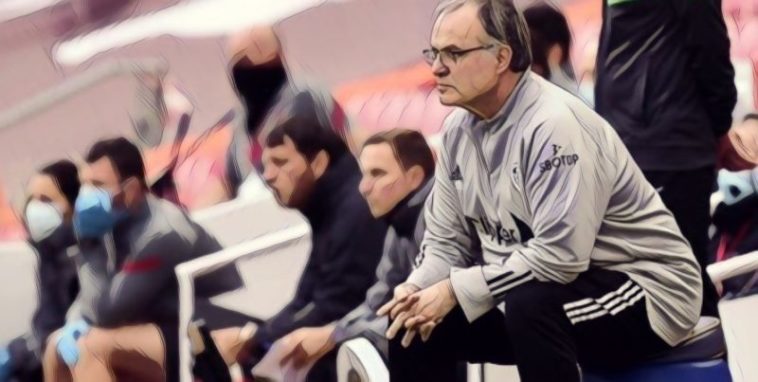 Leeds United boss Marcelo Bielsa has admitted that he is wary of Wolves’ widemen, ahead of Friday evening’s mid-table clash between the two sides.

The game will see 11th-placed Leeds take on 12th-placed Wolves at Molineux, with the visitors looking to make a late rally for European qualification.

While Nuno Espirito Santo’s side have endured a difficult third season back in the Premier League, newly-promoted Leeds have arguably exceeded expectation, with no real chance of facing relegation this term.

Bielsa’s men have struggled for consistency this season, however, their latest league game seeing them ripped apart by Arsenal at the Emirates, before producing a late rally to almost get back into the game.

That game saw the visitor’s defensive weaknesses laid bare, while ‘keeper Ilian Meslier had a game to forget after a handful of high profile errors, including bringing down Bukayo Saka inside the box.

That defeat has also left them two points behind the Gunners, albeit with a game in hand, although a loss on Friday evening would see their opponents leapfrog them in the table.

Ahead of that game, Bielsa was full of praise for Santo’s side and admitted that his team will have to be wary of Wolves’ ‘very good wingers’ if they are to get a result.

“They’re a team who can play in different tactical schemes,” Bielsa said at his pre-match press conference.

“When they need to make changes they can bring on a substitute which doesn’t alter the quality of the team.

“They have wingers who are very good and it’s not easy to find good wingers in football at the moment.

“They defend well without this preventing them from attacking and when they attack they are always cautious of what they leave behind.

“Very few times have I seen them completely dominated.”