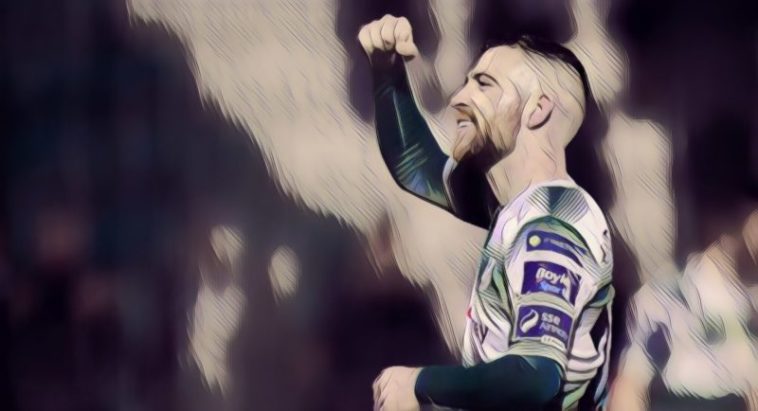 Made some incredible saves as his side got a deserved point away at title challengers Shamrock Rovers. Two crucial saves in particular, from Dan Carr’s curling effort into the top corner and a Lee Grace point-blank header, although he could do nothing about the two brilliantly struck goals conceded on the night.

The Hoops current player of the month scored a belter to put his team 1-0 up. Worked the left flank brilliantly all night and put in some dangerous crosses.

Technically not a right back but scored a vital equaliser as his side grabbed a point away at Sligo Rovers. The 22-year old volleyed home after Gary Shaw’s header came back off the post.

All the drama came within a minute in The Showgrounds as Jack Keaney's free-kick for @sligorovers was cancelled out by Kevin Toner of @stpatsfc. pic.twitter.com/Piv2aLB6uw

Last ditch/body on the line stuff from the Candystripes defender who made one of the tackles of the season to deny Aaron Greene, who had the goal at his mercy inside the box.

Class act at the back, seems to hold the Rovers defence together. Did’t put a foot wrong and won every header/tackle on the night.

Up against the excellent Trevor Clarke and was the Candystripes best outlet and biggest attacking threat. Showed some great pace on the break and deserved his late equaliser, bundling home after Greg Sloggetts header was saved by Alan Mannus.

Just have to say I LOVE this current @derrycityfc 's never say die attitude…..get in there lads !!! pic.twitter.com/pY5peorqK1

A bit predictable and seems to be making this slot his own, but another vital performance helping his side to open a five point gap at the top of the table with a 3-0 win away at Finn Harps. Scored a header to break the deadlock, from John Mountney’s cross.

.@Dundalkfc extended their lead at the top of the table with a routine win over @FinnHarpsFC including a great assist by John Mountney for a Michael Duffy header. pic.twitter.com/UPX91ffksm

A goal and assist away at Ballybofey in what could to be a pivotal turning point in the title race, putting in a man of the match performance in the process. That’s three goals in three games for the Mayo man who is showing some excellent form for the reigning Champions.

.@Dundalkfc extended their lead at the top of the table with a routine win over @FinnHarpsFC including a great assist by John Mountney for a Michael Duffy header. pic.twitter.com/UPX91ffksm

dictated play in a packed midfield. Both sides looked to play a diamond in the middle but it was Byrne who stood out and showed his class, seeing passes ahead of time and sometimes too quick for his own team. Beautifully taken goal from 25 yards out as the Derry defence backed off too much.

A real captains performance by the Derry skipper. Never gave up, showed bravery all through the game to get on the ball and keep his side driving forward. Clipped in a delightful cross for Ciaran Colls header to make it 2-1 just minutes after his side went two down, a vital tide turning moment.

Always gives 100% and was very unlucky not to score at the Showgrounds. Smashed the bar with a brilliant turn on the edge of the area, giving the keeper no chance. Also played a crucial role in the equaliser after hitting the post with a header.

Read Also: Chris Waddle explains why Big Jack’s Ireland were so difficult to play against