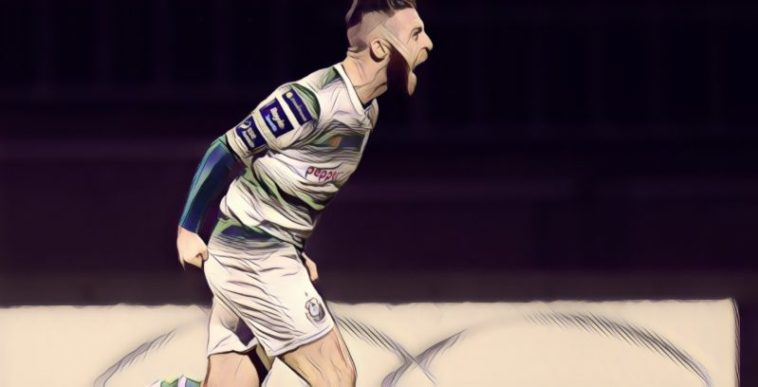 Certainly the busier of the two keepers at Dalymount. Had to deal with a bombardment of corners in the second half but dealt with them relatively comfortably. Also saved well from a couple of long-distance efforts from Danny Mandroiu and Conor Levingston. Kept his side in it at times, even though he knocked out his own centre back Dante Leverock!

Notched his first for the club and what a vital goal it was, breaking the deadlock against a stubborn Cork City side. The ex-Irish international as been in excellent form this season, with some fans saying he is looking every bit like the Premier League player he was.

Joey O'Brien's first goal for the club to make it 1-0 tonight ☘️ pic.twitter.com/JvCXn8SjrH

Mr. consistent for Bohs this season and deservedly called up into Stephen Kenny’s Under-21 set up. Another good display and didn’t deserve to be on the losing side against Sligo Rovers. A constant attacking threat down the left hand side also

Ok, ok I know there was more than a slice of luck about his crucial late winner against a determined St. Pats as the ball seemed to be cleared off him, but if you don’t buy a ticket you’ll never win the lotto. And it looked as if he reacted sharply to block the clearance, so maybe he deserved his luck in the end.  Another clean sheet – his side conceding just 11 all season – and against the lively front two of Mikey Drennan and Gary Shaw, it was solid performance against his former side.

Sean Hoare with a most fortuitous goal to hand Dundalk the victory as the Lilywhites stay top of the table. #RTEsoccer pic.twitter.com/J7SGlVgAjQ

Continues his fine form this season and added another to his tally making it three so far. Doubling his side’s lead and sealing all three points with a powerful back-post header.

Goals from Joey O'Brien and Roberto Lopes handed the Hoops another win over Cork City. Rovers remain in second place on goal difference while level on points with Dundalk. #RTEsoccer pic.twitter.com/LO90sdoJbb

A magnificent hat trick – including a stunning free kick – in the big northwest derby, helping his side to their first win in six. The talented 22-year-old was outstanding on the night and looks a real talent.

Dominated the midfield, and showed his creative quality against a stubborn Cork City side as Rovers ran out two nil winners on the night. Keeps his side level on points with leaders Dundalk and 12 points ahead of Dublin rivals Bohs.

Scored a cracking effort from the edge of the are to equalize for his side. Showed his quality on the ball throughout and looked to grab the game where possible. Good to see him push further forward, a real classy operator.

What a talent the Irish under-21 international is. The difference maker again in a hard fought battle with UCD scoring the games only goal calmly firing home a left footed strike into the bottom corner

a bit of a toss up between Duffy and Trevor Clarke of Shamrock Rovers but Duffy just edges it for his impressive performances this week. Continues to be a hugely creative force in the league leaders relentless pursuit to retain their title and one of the players of the season so far.

A constant threat on the break with his pace. won every ball that came near him wether in the air or on the ground, the Bohs defence couldn’t live with him. Scored a magnificent brace to steal all three points, in a game they could have easily lost, including a 90th minute winner on the break twisting and turning the Bohs defence before finally smashing home!

Straight from a Bohs corner, Sligo go up the field and score what may be the match winner. Romeo Parkes with his second of the night. #RTEsoccer pic.twitter.com/sTZ2L5Supv