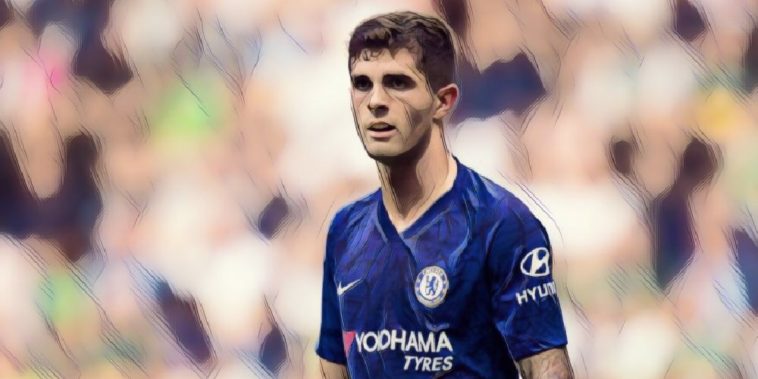 Chelsea manager Frank Lampard has suggested that Christian Pulisic could be used as a central forward as the club look to cover for the loss of injured star Tammy Abraham.

Abraham was substituted during the club’s Champions League draw at Valencia last week, being taken away on a stretcher after suffering a hip injury at the Mestalla.

The 22-year-old’s absence was notable during the club’s disappointing 1-0 home defeat to West Ham this weekend, Chelsea struggling to convert opportunities without their top scorer.

Olivier Giroud was handed a rare start but struggled to make an impression with Lampard now suggesting that winger Christian Pulisic, who has been in good goalscoring form recently, could be utilised in an unfamiliar striker role to compensate for Abraham’s absence.

Asked during his post-match press conference if Pulisic would be an option to play centrally, Lampard simply said: “We’ll see.

“He’s got an ability to run behind the line and to be sharp in central areas, which will naturally get him more goals but I’m not going to say right now that’s the solution. We’ll see going forward.”

Making just his second league start of the season, Giroud was preferred to Michy Batshuayi, though the veteran struggled in what was described as a ‘difficult’ game for the forward by the Chelsea boss.

“It was a difficult game for him obviously,” he said.

“He probably didn’t get enough ball, and then the couple of chances he had didn’t go in for him, so a tough match for him but he wasn’t the only one who comes into a team and a performance that was slightly off it.

“Michy’s had a lot of performances to come on recently and made a difference in certain games, but it was just the choice for this game.”

It’s now back-to-back defeats for Frank Lampard‘s side who remain fourth, and the club will be looking to bounce back when they host Aston Villa at Stamford Bridge on Wednesday night.

Read – Pulisic reveals just how ‘excited’ he was to join Chelsea