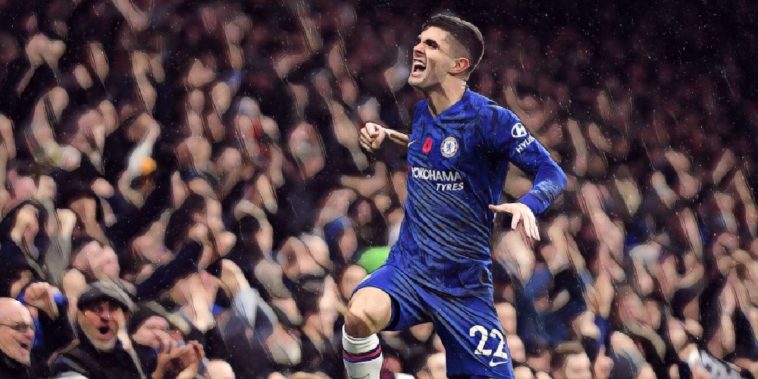 Christian Pulisic admits that he was so ‘excited’ to join up with his new Chelsea teammates this summer that he was already wearing the club’s colours before arriving at Stamford Bridge.

The USA international officially became a Chelsea player last January, joining the club in a £58 million deal from Borussia Dortmund, though he remained with the Bundesliga outfit on loan for the remainder of the 2018/19 season.

Pulisic eventually joined up with his new teammates this summer following his participation in the Gold Cup, and the 21-year-old, who says he is loving life in England, was extremely excited to finally make the move.

“The focus on football at this level means the pressure’s always there too, but it’s not something that worries me too much or that’s important to me,” Pulisic told Chelsea’s matchday programme for their 1-0 defeat to West Ham on Saturday.

“I have myself to worry about and I keep high enough standards for myself, so the pressures from outside don’t really affect me as much.

“I expect a lot of myself and I have good people around me who care – the coaches, my team-mates – that are more important, so I try to focus on that.

“Just to be in England, to be here in London, playing for Chelsea, it’s awesome. I have a confession to make about that, actually.

“During the summer, I had a short time off after playing for the national team in the Gold Cup, and I had this Chelsea jersey at home that was made for me when I signed back in January.

Pulisic had a slow start to the season, but has hit a vein of form of late with his tally standing at five goals and two assists in 11 Premier League outings.

Read: Lampard calls for ‘character’ after a ‘below par’ Chelsea are beaten by West Ham