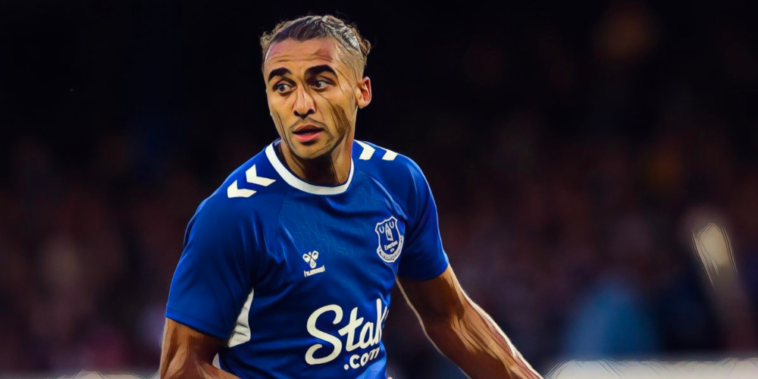 Frank Lampard has revealed that Dominic Calvert-Lewin will miss Everton’s trip to Bournemouth after the forward suffered another fitness setback.

Calvert-Lewin has struggled with fitness problems across the past 18 months and has made just 19 league starts since the start of last season. The 25-year-old missed the opening months of the current campaign with a knee issue, but has returned to start the Toffees’ last four fixtures.

However, Lampard has revealed that Calvert-Lewin will again be absent for this weekend’s clash at Bournemouth, revealing that the forward had aggravated a previous problem.

The Everton boss is hopeful that the break for the World Cup can provide Calvert-Lewin with valuable time to recover his fitness.

“He’s got an injury,” Lampard said at his pre-match press conference.

“We hope that the break has come at a good time for him and he’ll be back for Boxing Day.

“His hamstring is only a 10 day injury but he took a knock to the shoulder against Newcastle. He dislocated it and it went back in. But his knee injury has been aggravated again.”

Calvert-Lewin’s injury problems mean the forward was not under serious consideration for a place in England’s World Cup squad. Lampard believes the 11-cap international will be disappointed, but has backed the forward to bounce back.

“I’m sure he’ll be disappointed, he’s a top player but he’s had some injuries and knocks.

“That’s just a reality for him now. Many players go through their career missing major tournaments. So it’s time to take stock and work on himself.”