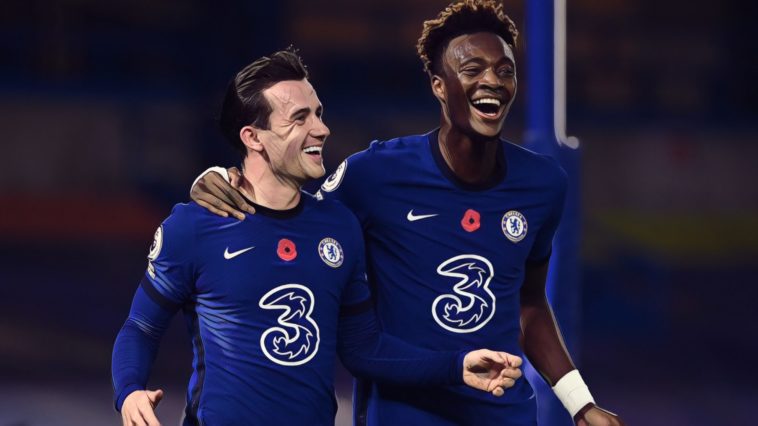 Frank Lampard reckons the Premier League is ‘getting tighter’ but has refuted suggestions that Chelsea have the ‘strongest’ squad in the division.

Chelsea saw their 14-game unbeaten run in all competitions ended following a 1-0 defeat at Everton on Saturday evening, on a weekend in which the Premier League’s traditional ‘big six’ all failed to win for the first time in more than a decade.

Everton’s victory continued an encouraging start to the season for Carlo Ancelotti’s side who are amongst a host of clubs to have improved this season, with Southampton and West Ham also currently in the top six and chasing continental qualification.

Lampard praised the Merseyside outfit and says their defeat at Goodison Park was yet another example of the strength throughout the Premier League, just five points currently separating the top eight sides following a fascinating start to the campaign.

“They have good players, they invested in the summer, they’re a good squad, they were well-organised and they made it difficult for us,” Lampard told the press ahead of his sides clash with Wolves tonight.

”Watching the other games, you see that all over the place. Teams are strengthening and the league is getting tighter.

“I certainly felt our preparation into the season was slightly different so we’ve been a bit of a work in progress. We feel ourselves that we’ve already lost some points that we maybe wouldn’t have done and everyone will feel that in their own way.

“I do think the level of the points will be less but we just have to try to make sure we maintain our levels and keep improving to stay in that.”

Chelsea splashed out more than £220m on new talent during the summer and their spending has significantly raised expectations at Stamford Bridge, whilst several rivals – including Liverpool manager Jurgen Klopp – have suggested the west London side now possess the strongest squad in the Premier League.

Lampard has dismissed those claims and pointed to the criticism his side received earlier in the campaign, insisting Chelsea need time to develop and remain behind clubs with experience of success in recent seasons.

“I just don’t see it,” he insisted. “I’m not talking down my squad by saying that.

“Some people are saying we’ve got the strongest squad and we can swap players with no change but these are the same people who were saying those players weren’t so good when we drew with West Brom and Southampton.

“The tide has turned pretty quickly but the conversation is pretty irrelevant because it’s only what we do on the pitch that matters. I look around and see strong squads that have been winning things over the last few years and that are very stable.

“There are squads that can have one of the best players in the world sitting on the bench most games as their back-up and teams that have got Champions League winners throughout their squad. We’re not quite there at the moment but we hope to get there.

“We’ve got some new players that have come in and people maybe want to look at the price tags but at the same time some of them are young players who are coming to play in this league for the first time and they clearly need a little bit of time. There are lots of elements to the squad.

“I believe we will improve, we are improving as it stands and I think we’ll continue to improve but strong squads will only be referred to when you win something.”

Read Also – Player Analysis: Why critics of Mason Mount are only proving their own lack of football knowledge