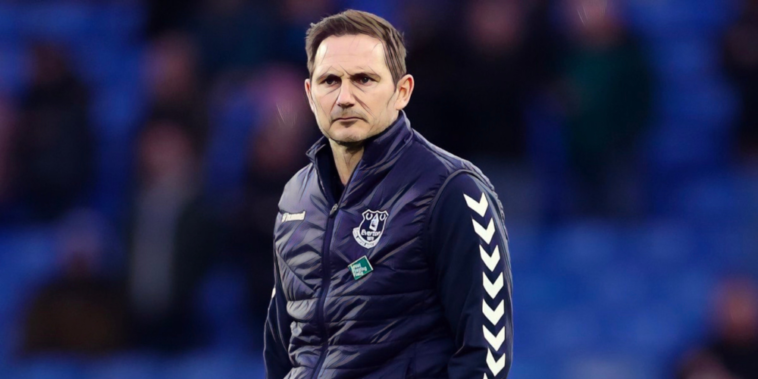 Frank Lampard has offered an update on Dominic Calvert-Lewin’s injury ahead of Everton’s ‘tough’ Premier League opener against Chelsea.

Everton begin the Premier League season against Chelsea at Goodison Park this weekend, with the Toffees looking to bounce back from a disappointing 2021/22 campaign.

Lampard will come up against his former side on the opening weekend and admits his side having been given a difficult opening assignment.

“It’s a tough game to start the season. It’s nice to be at home in front of their home fans. It’s nice to have a relatively clean slate at the start of the season. I never felt that we had that,” Lampard said at his pre-match press conference.

Everton have, however, been dealt a major blow after Calvert-Lewin sustained an injury in training this week, with the England international expected to miss around six weeks with a knee problem.

The 24-year-old made just 15 league starts last season as a result of persistent fitness problems and Lampard admits his side will be impacted by the forward’s absence.

“Losing a player like Dominic going into the first week is obviously going to affect you. I think we’re probably looking at six weeks for the injury.

“It comes with the territory of having a squad and training at this level. We’ll have to work around it and other players will have to set up and do the job and hopefully six weeks passes relatively quickly and we get Dominic back.”

Everton are short of options at centre-forward following Calvert-Lewin’s injury and the sale of Richarlison to Tottenham. Salomon Rondon is also suspended for the opening fixture after a red card against Brentford last season, leaving the Toffees without a recognised forward for the clash with Chelsea.

Lampard suggested that the signing of a new forward is on the club’s agenda before the closure of the transfer window.

“We obviously lost Richarlison. He was versatile across the front as well. We’re very aware of the areas that we want to strengthen. Going into the first game with Salomon [Rondon] suspended as well makes it pretty clear that that might be one of the areas we look at.”