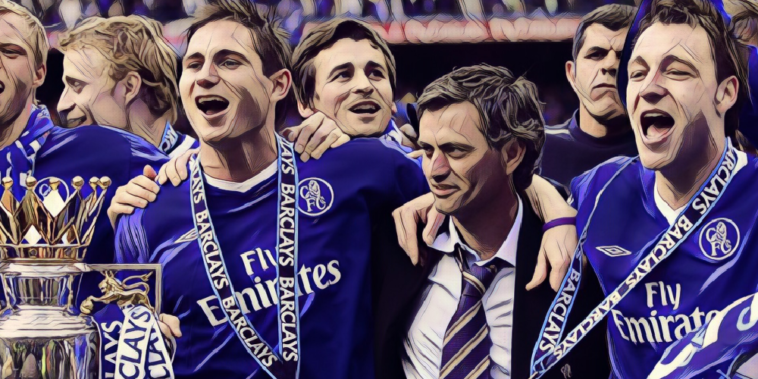 Frank Lampard has admitted that he is looking forward to being reunited with Jose Mourinho as he prepares to take his Derby County side to Old Trafford to face Manchester United in the Carabao Cup tonight.

Lampard was one of Jose Mourinho’s most trusted players during the Portuguese’s time in charge at Chelsea, and having embarked on a managerial career of his own, fate has given Lampard the opportunity to test himself against his long-time tutor.

Speaking ahead of the game at Old Trafford, Lampard has said he is looking forward to seeing the Portuguese again:

“It will be nice to see him and go up against one of his teams,” said ex-midfielder Lampard.

“We have to give everything.”

While Lampard is full of respect for the man in who will be in the opposite dugout, he is looking to add to Mourinho’s misery by knocking Manchester United out of the cup.

“[Mourinho] is a manager who was hugely influential on my career twice – but particularly the first time around,” added Lampard.

“I respect him completely for that. You will find Jose Mourinho’s players being managers all over the place because he has been so successful in his career.

“They’re expected to win, quite rightly so with the squad they’ve amassed there. It’s a challenge for us and we want to go there and do as well as we can.”