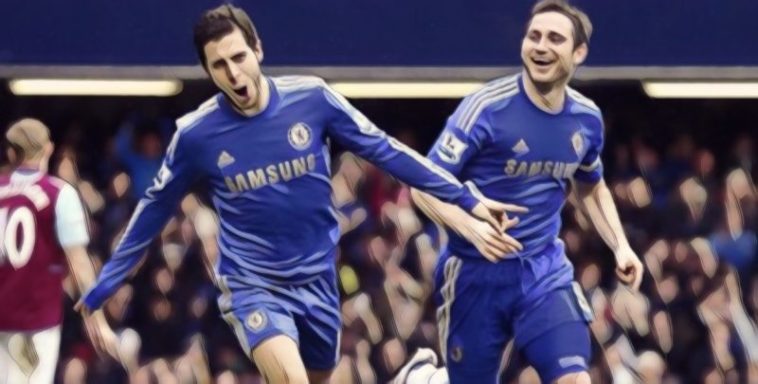 Frank Lampard has discussed how Chelsea will deal with the departure of Eden Hazard, with the club currently serving a two-window transfer ban.

The Blues legend was appointed as Maurizio Sarri’s successor on Thursday, returning to the club where he spent 13 years as a player.

Lampard’s task has been made more difficult by the club’s FIFA-imposed transfer ban, with the club unable to sign a replacement for talisman Eden Hazard who has left to join Real Madrid.

Borussia Dortmund’s Christian Pulisic has arrived after a £58m deal was agreed in January, the winger having been loaned back to the Bundesliga side for the remainder of last season.

Lampard admits Chelsea’s hopes of improving on last season’s third-placed finish have been made difficult by the circumstances at Stamford Bridge, however the 41-year-old is confident the club’s current personal can help to fill the void left by the Belgian, who was involved in 31 of the Blues 63 Premier League goals in the previous campaign.

“We know about the transfer ban, we know Manchester City and Liverpool pulled away slightly last year. We have to be realistic about that but we shouldn’t stop trying.

“I think Eden Hazard, from the outside it seemed like something that was really important to Eden personally and the club respected that.

“I played with him and watched him from afar and he gave the club such pleasure. It is not one to dwell on now, he is gone and we wish him well.

“What is important is what we do. We have players in their own way who can be huge players for this club and part of my job will be to get that out of them.”