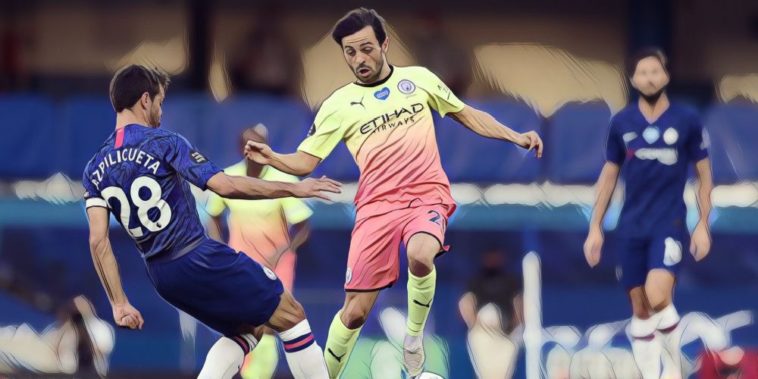 Frank Lampard has challenged Chelsea to bridge the gap to the division’s leading sides and discussed the club’s hopes of competing with Liverpool and Manchester City for the title next season.

Chelsea moved closer to a place in next season’s Champions League with a 2-1 victory over second-placed City on Thursday night, a result which also saw league leaders Liverpool crowned as Premier League champions and secure a first league title in three decades.

Lampard was impressed with his side’s performance but believes there is still much work to do before the west London side can challenge for major honours, believing his side are competing with two of the best sides in world football at present.

“They are two of if not the best teams in the world,” Lampard said at his post match press conference. “They are going to be there, and it’s clear to us that’s a gap we want to try and breach and move towards.

“One result against City and a good performance is a great feeling tonight, but the reason we haven’t amassed enough points is because of consistency, which those two teams have reached. There’s a clear gap and it won’t happen overnight with one or two signings. There’s a lot of work that needs to be done.

“Liverpool and City have been a work in progress for a good few years now, they’ve had a lot of success and they’re getting success now. I’m not going to get carried away. We can get better. We can be better on the ball; we can have more possession. This was one of the only games where we didn’t have the lion’s share of possession, and we have to accept that and be happy with the result.”

Chelsea next travel to face Leicester in the quarter-finals of the FA Cup on Sunday, as the west London side seek to take a step closer to winning the first major silverware of Lampard’s reign at the club.