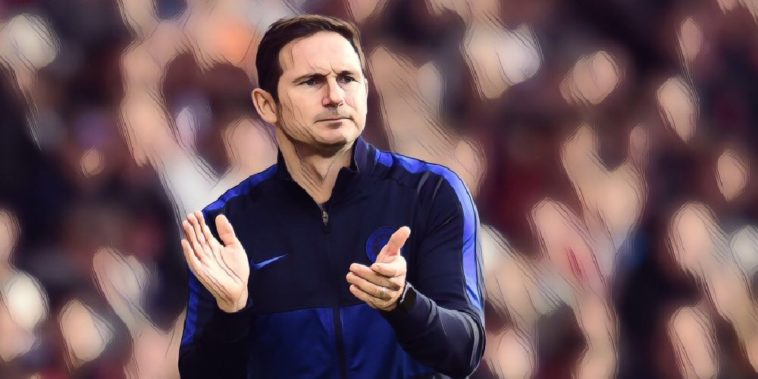 Frank Lampard has suggested that Chelsea will look to replace Eden Hazard in the January transfer window after having their transfer ban lifted on appeal.

Hazard brought his seven-year spell at Stamford Bridge to an end in the summer, joining Spanish giants Real Madrid in a deal which could rise to £150m, though the Blues were unable to replace the Belgian’s creativity and goals due to their ban on signing new players due to a breach of transfer rules.

Chelsea have since successfully appealed their case to the Court of Arbitration for Sport, their original two-window ban being halved and freeing the club to make new additions ahead of the winter window.

Lampard has now suggested the club will look to fill the void left by Hazard’s departure, as he bids to add an additional clinical edge to his developing, young team.

“I would always look at all areas for the team,” Lampard said. “In the summer we lost Eden Hazard, who was a huge part of scoring and creating our goals last season – and the season before that, to be fair. I think we’ve found ways in the team where we can still be competitive.

“We’re showing that in the league and in the Champions League. But going forward, can we get even better? Can we get better in forward areas, to help our competition and to help the idea that we can be more clinical? I think we will always look at that.”

The Blues’ ban on transfers has seen Lampard hand opportunities to several of the club’s best young talents during the opening months of his reign at the club, though the Chelsea boss does not believes January signings will harm the development of his emerging stars.

“No, I don’t think it is a concern at all. Because they are here to stay,” Lampard said. “I believe in the quality of the young players here.

“I want them all to get better and they will improve, for sure, because of the age of them and because of where they are in their development.

“But as we move forward and we want to improve the squad, it will be done with a view to what we have and where we can get better. I think those sort of challenges should be ones that the young players stand up to.

“If we do bring players in, that should be one where they say: ‘Okay, I want to show the player I am.’ Knowing them as players and personalities, I think they have all got that.”

Chelsea have been linked with Borussia Dortmund’s Jadon Sancho in recent weeks, while The Mirror today suggests that Crystal Palace’s Wilfried Zaha could also be a target in the upcoming window.