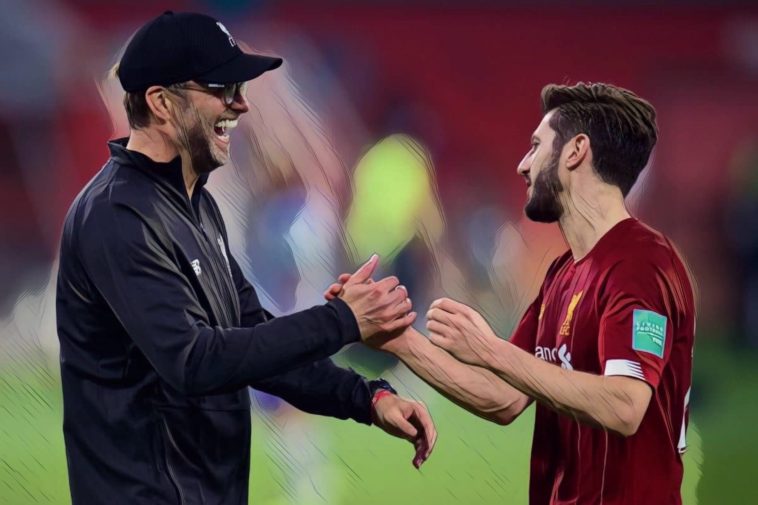 Adam Lallana has hailed Liverpool’s ‘sensational’ recruitment this summer and has described working under Jurgen Klopp as a ‘privilege’.

Lallana spent six years on Merseyside before leaving the club this summer for Brighton in search of regular first-team opportunities, but the midfielder has kept a close eye on his former side and their progress over the opening weeks of the new campaign.

Jurgen Klopp’s side made it two consecutive wins in this season’s Champions League group stages with a hard-fought victory of Denmark’s FC Midtjylland on Tuesday night, goals from Diogo Jota and Mohamed Salah enduring the Reds moved to the summit of Group D.

Jota’s goal was his second in a week after also netting a winner against Sheffield United last weekend and Lallana has praised the summer signing’s impact thus far, hailing Liverpool’s recent recruitment as ‘absolutely sensational’.

“The recruitment has been absolutely sensational,” Lallana told BT Sport.

“[Diogo] Jota’s proven his worth so far, long may it continue.

“When I first joined Liverpool I tried too hard. It took me between a year and 18 months to settle in – the way Jota’s come in straight away is not to be sniffed at.”

Lallana also opened up on the ‘privilege’ of working under Klopp and admits the German’s demands can be ‘very intense’, though admits the dedication and sacrifice is ‘worth every moment’ following the club’s success in recent years.

“It was obviously a privilege to spend five years working under him. I learnt a lot. I’m obviously going to be a Liverpool fan moving forward.

“It is very intense. When you hear people say that they dedicate their life to the football club, that literally is the case for (for Klopp).

“Even just as little as starting times, you start in the afternoon, your whole morning will just be building up to training.

“There is a lot of sacrifice for playing for that football club but it is worth every moment. Especially when you’re lucky enough to win silverware like we did the last couple of years.”

Read – Donkeys: Five Premier League players who ‘had a mare’ this weekend