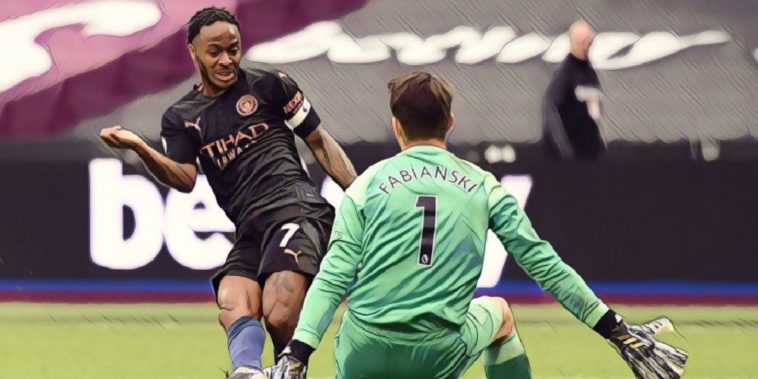 The Premier League can once again lay claim to being world football’s most competitive domestic league following an unforgettable start to the current campaign, with every side in the division having now tasted defeat after just six fixtures.

League leaders Everton and previously unbeaten Aston Villa were beaten this weekend and in convincing fashion, in what has proven an unpredictable start to the season.

Whilst several leading names shone brightly during the most recent round of fixtures, there were a number of Premier League players who endured performances to forget.

We’ve decided to look at some of those who struggled, here are five Premier League players who ‘had a mare’ this weekend:

Ben Godfrey made his debut as a substitute in last weekend’s Merseyside Derby and produced a solid enough performance at right-back, though his first start since signing for Norwich proved one to forget.

Godfrey struggled as the league leaders crashed to defeat at Southampton, finding himself hopelessly out of position on occasion and looking uncomfortable in possession.

The 22-year-old failed to cope with the threat of Nathan Redmond and was beaten far too easily by Danny Ings for Southampton’s second goal, a tough afternoon for the youngster who will want to move on and quickly.

Godfrey is naturally a centre-back and it clearly showed, with the Saints targeting the summer signing with overloads down the left-flank and Everton will be hoping Seamus Coleman can recover from his latest injury in swift fashion, their lack of specialist cover at right-back a huge concern.

Marouane Fellaini and Phil Jones are just two of the maligned players to have been heavily criticised at Manchester United in recent seasons, and it appears that Daniel James is the latest name many are unhappy to see placed on the team sheet.

James was handed a starting spot against Chelsea but once again produced a display of minimal impact, his performance the latest evidence that he lacks the quality to start for a side with ambitions of challenging for major honours.

It’s been a sad fall from grace for the Welsh winger who enjoyed a vibrant start to his career with the Red Devils, but he appears to be short of confidence and struggling under the weight of expectations at Old Trafford.

Leeds reportedly expressed an interest in signing the winger towards the ends of the transfer window and it remains to be seen what his future holds, though it is becoming increasingly difficult to see him emerging as a regular member of the United side given his ineffective performances in recent months.

It’s not quite clicked yet for either Raheem Sterling or Manchester City so far this season, with the winger failing to fire once more during the club’s 1-1 draw at West Ham this weekend.

Last season’s visit to the London Stadium saw Sterling help himself to a hat-trick, but there was none of that clinical edge on show during a forgettable performance from the England international this weekend.

Sterling’s usual sharpness was missing as a heavy touch let him down on more than one occasion, including when played through on goal by Kevin De Bruyne in the second half.

It was a poor performance from the 25-year-old and City will need him to rediscover his goal touch amid the absence of Sergio Aguero and Gabriel Jesus, Pep Guardiola’s side having already lost early ground on the league leaders.

Fulham’s fortunes appear no closer to improving following another defeat this weekend, the west London side having taken just one point from their opening six fixtures since securing promotion.

Their defensive deficiencies are well-documented with no side in the Premier League having conceded more goals this season, but there are problems across the pitch with forward Aleksandr Mitrovic cutting a frustrated figure despite his side retaining plenty of possession.

Fulham bring on Aboubakar Kamara, whose biggest claim to fame is demanding to take a penalty ahead of Mitro, then missing it and costing his team the game, then getting sent on loan not long afterwards.

Substitute Aboubakhar Kamara was sent on to add attacking impetus, but only served to get himself sent off for clumsily raking his studs down the back of Eberechi Eze’s leg late on.

Kamara will now miss the crucial clash against fellow strugglers West Bromwich Albion on Monday night, adding yet another headache for Scott Parker who has quickly learned the Premier League is an unforgiving environment for novice managers.

Branislav Ivanovic was a stand-out performer during his first appearance for West Brom against Burnley last weekend, helping the side to a clean sheet and batting valiantly against a Clarets attack with rather more grit than guile.

Against a Brighton team with rather more nimble forwards this weekend the veteran struggled to repeat last week’s showing, however, gifting away possession on more than one occasion and often finding himself dragged out of position.

His role in Jake Livermore’s comical own goal only added to an underwhelming evening from the former Chelsea man, a panicky clearance into the midfielder at a time when a cooler head was perhaps required.