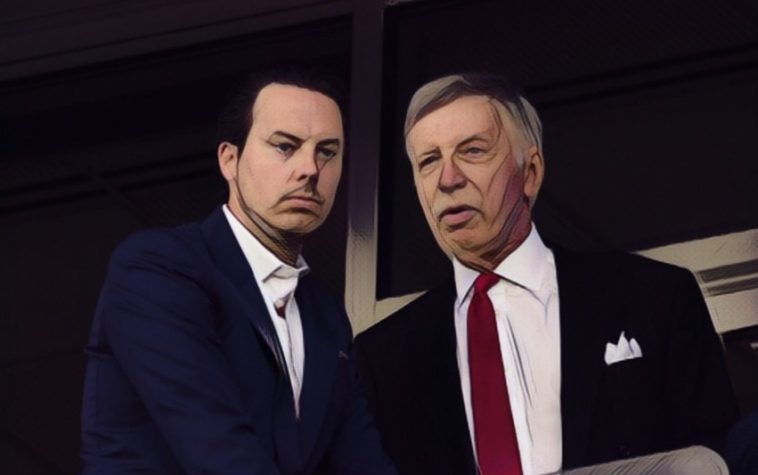 Josh Kroenke insists the club’s ownership have ‘no intention of selling’ Arsenal despite the controversy surrounding the collapsed European Super League proposal.

Arsenal were one of the six Premier League sides to have officially announced their involvement in plans for a breakaway competition, the proposals met with huge backlash from supporters amid accusations of unprecedented greed from Europe’s elite.

Fan protests and outrage from the media contributed towards the withdrawal from each of the English clubs involved in the plans, with apologies having since been issued by a number of leading figures – not that they have gone down particularly well.

Several of the prominent figures in the plans have since faced pressure on their positions with Manchester United executive vice-chairman, Ed Woodward, announcing he will be leaving the club at the end of the season, whilst there are calls for the Red Devils’ owners – the Glazer family – to sell.

Arsenal’s ownership have also come under increasing pressure to move on, though director Josh Kroenke insists his side have no intention of selling their stake in the north London side.

“I believe we are fit to carry on in our position as custodians of Arsenal,” he told a fans forum meeting.

“We were put in a very difficult position by forces outside of the club. We have the same plans for summer that we had several weeks ago and I’m still excited about those.

When pressed on when KSE might sell the club, Kroenke replied: “I am not willing to answer that question because we have no intention of selling.”

Kroenke was asked why Arsenal had committed to the European Super League and reiterated his belief that supporters want to see the Gunners compete against the world’s best.

As a result of listening to you and the wider football community over recent days we are withdrawing from the proposed Super League.

We made a mistake, and we apologise for it.

He did, however, admit to being educated by the passion of English football supporters for the domestic game and says the club’s ownership made a mistake in agreeing to join the breakaway tournament.

“The second question we asked ourselves was: what do the fans want? We tried to answer that question in as many ways as possible. We were obviously bound by certain confidentiality aspects of the decision we were thinking about making, and it was a much more complicated answer than we had time to contemplate.

“I think from an English fan’s perspective, and this is what was so educating for me, they want to see more big matches. But as one Chelsea supporter wrote on a sign that I saw online the other day, you still want your cold nights in Stoke.

“I think to me that sent a strong message of the English Premier League, football in the UK as a whole and the fan sentiment across England. We got it wrong, and that is why we are here today.”