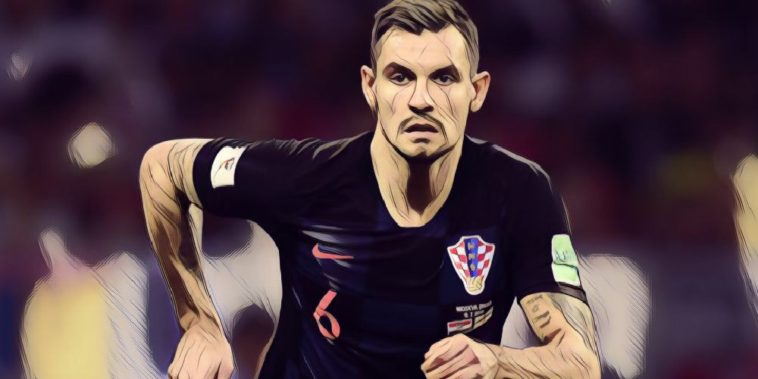 Who needs enemies when you can have friends like Mateo Kovacic, who has hilariously said that Liverpool won’t win the league because they have his friend, Dejan Lovren, within their ranks.

Lovren and Kovacic are of course teammates at international level, spending the summer together over in Russia, steering Croatia on a fine run to the World Cup final – knocking England out on the way.

However, in the wake of their World Cup campaign, Liverpool defender Dejan Lovren made himself one of the laughing stocks of the footballing world, by saying his involvement in both the World Cup final and the Champions League final meant he was one of the best defenders in the world. Oh Dejan, it still cracks us up.

Speaking at the premiere of a film documenting Croatia’s sensational footballing summer, Chelsea midfielder Mateo Kovacic took the opportunity to join in the mockery of the 29-year-old, saying that he is the reason why the Reds will not win the Premier League title this season

“Liverpool will not be England champion,” he said, according to Croatian website 24 Sata. “Why? Well because they have Dejan Lovren.”

Chelsea and Liverpool are currently locked in a three-way battle at the top of the table alongside reigning Champions, Man City, with all three clubs still unbeaten in the league this season.