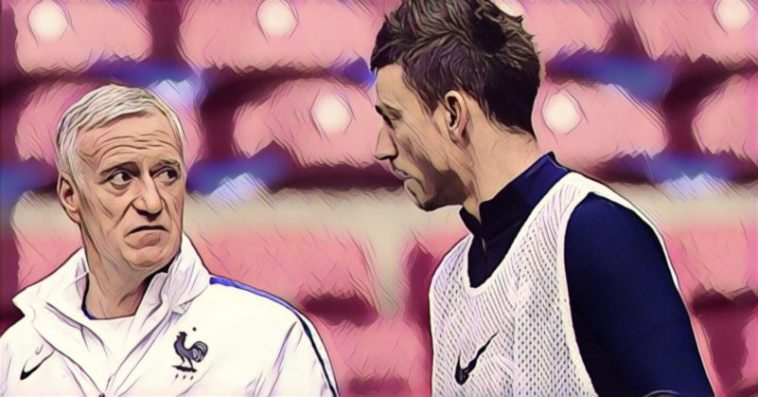 Arsenal defender Laurent Koscielny today announced his international retirement and revealed details of the resentment he holds towards France coach Didier Deschamps and some of his former teammates.

Gunners captain Koscielny had been a regular for Les Bleus under Deschamps, but he missed out on his Country’s triumphant World Cup campaign in Russia earlier this summer after picking up an Achilles tendon injury during Arsenal’s Europa League semi-final tie against Atletico Madrid.

The 33-year-old centre-back, who is still recovering from the injury he suffered last May, admitted that he feels seriously let down by how Deschamps and his teammates treated him after he was ruled out of the World Cup.

“It feels like a hit on the back of the head. When you are in good form, you have lots of friends [but] when you are injured… after a certain period of time, you are forgotten about,” he told Canal Plus.

“He [Deschamps] called me once for my birthday in September. Otherwise, no. Lots of people disappointed me. Not only the coach.”

Koscielny even went as far as admitting that he felt so mistreated that a part of him actually wanted France to lose at the World Cup.

“Some people will say; ‘What do you mean, he wanted the French team to lost?’ But that was my feeling at that moment.”