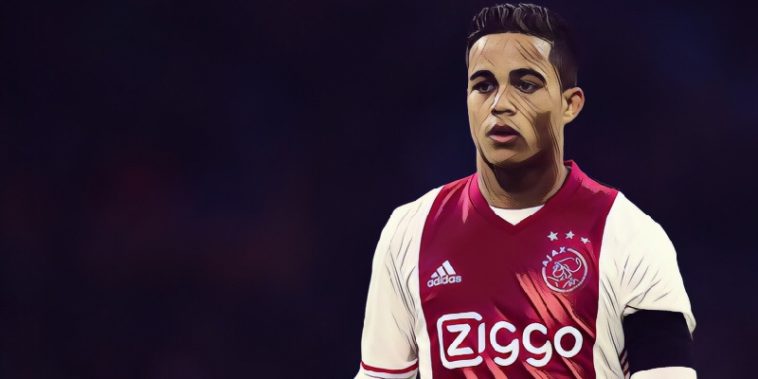 Despite having just been defeated by Manchester United, Kluivert was spotted smiling and in conversation with the United boss,with reports suggesting that Mourinho had promised to make him a Manchester United Player next summer if he continued to work hard and progress with the Dutch giants.

However, the youngster has denied that such a conversation or promise was made, and simply revealed that Mourinho said that it was nice to see him:

Mourinho has known the 18-year-old since he was a young boy, having worked with his father, and Dutch legend, Patrick Kluivert during his spell at Barcelona.

Justin has been tipped to follow in his fathers footsteps and make a move to the Nou Camp, something in which flatters the winger. He added: “I’m not in contact with Messi, so I don’t know if it’s true. Only he knows if that happened, but it’s nice to hear.”

After representing Holland at six different youth levels, ranging from Under 15 to the U21s, Kluivert is determined to break into the senior Dutch side.

He was handed his first call-up on Wednesday when former Southampton and Everton Ronald Koeman named him in his provisional 33-man squad for friendlies against England and Portugal.