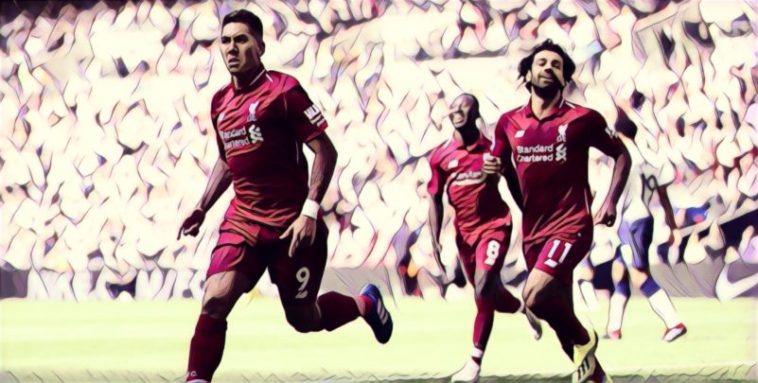 Liverpool made it five wins out of five in the Premier League this season by beating Spurs 2-1 earlier today at Wembley.

Jurgen Klopp’s side completely outplayed a surprisingly poor Spurs side from start to finish, and got their goals through a 39th minute header from midfielder Gini Wijnaldum and a 54th minute tap in by the hugely impressive Roberto Firmino.

Although second-half substitute Erik Lamela pulled one back for the hosts in stoppage time, the Reds held on for a deserved win.

Speaking after the game Liverpool manager Jurgen Klopp was delighted with his side’s performance and credited the win to his players sticking to his tactical plan.

“That was very, very good. It was an intense job to do and the boys did it,” Klopp told Sky Sports.

“We deserved to win that game today. Over 85 minutes we were really dominant. With and without the ball we caused them massive problems. The things they usually do usually work, but they didn’t today. The boys stuck to our plan today and it was really good – everybody worked so hard in what was a good performance.

“That was our best game of the season and the performance was much better than the result.

“That was a tough game, man! Two good teams, two big teams, football as it should be. We won the game and if we win at Tottenham it’s a big result. The players did the job and they worked unbelievably hard, and I’m really proud of them.”