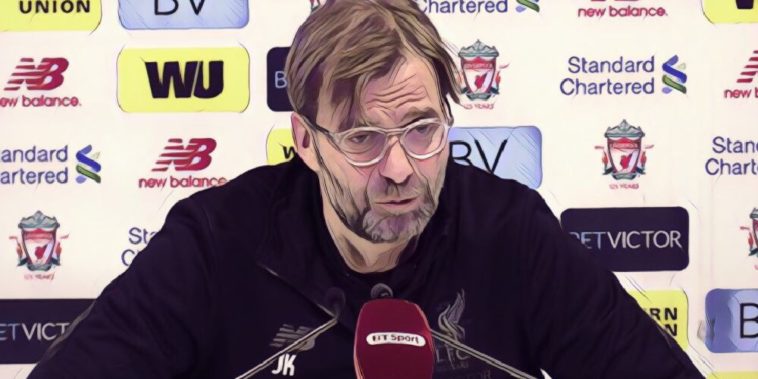 Jurgen Klopp maintains he wants his Liverpool team to focus on their fixture with Manchester United this weekend without getting caught up in the hype surrounding the Premier League’s biggest rivalry.

Liverpool travel to Old Trafford knowing that a win or a draw will put them back ahead of Manchester City in the title race.

Klopp alluded to the media circus that always surrounds Manchester United v Liverpool fixtures but insists that his players must concentrate on what they can influence on the pitch.

“I cannot write your stories – we are just preparing for a football game,” Klopp told his pre-match press conference.

“We cannot make the game bigger because it is a decisive moment.

“We all have to show we are ready for the game and win it. That is difficult, but it is possible. There is so much talk before football games but we have to play it.

“We have to concentrate on football. We are a well-organised team with a lot of potential.”

Liverpool have only won one of their last 12 trips to Old Trafford in all competitions, so Klopp knows what they are up against it on Sunday.