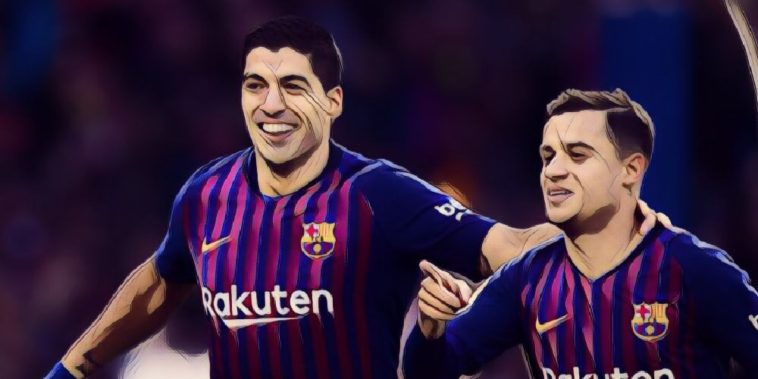 Jurgen Klopp thinks Liverpool’s Champions League semi-final will be ‘very special’ for Luis Suarez and Philippe Coutinho who both make their first return to Anfield.

Liverpool comfortably progressed to the last four of the Champions League with a 5-1 aggregate win over Porto, while Barcelona dispatched of Manchester United 4-0.

The results have set up a mouthwatering semi-final tie between the two of European football’s biggest sides, with Suarez and Coutinho set to face their former side for the first time since they left the Merseyside club in 2014 and 2018 respectively.

While Klopp insists that he isn’t focussing on the clash against Barcelona just yet, he has admitted that he thinks it will be a special occasion for the returning ex-Reds.

“For them [Coutinho and Suarez], for these two boys, it’s very special. For us, it’s special. They are both Liverpool legends, that’s brilliant,” Klopp told Viasport.

“But I don’t think it will be a friendly game, we have to fight and work and they will do that as well.

“It is a wonderful game, Liverpool vs Barcelona in the semi-finals. Now let’s try to do the best there and we will see what happens.”