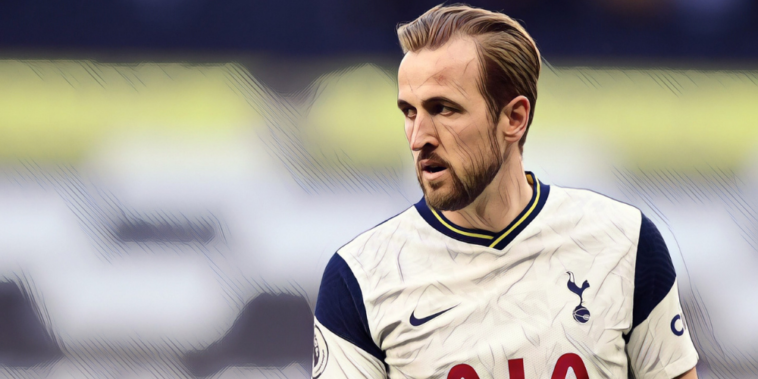 Jurgen Klopp has admitted that he’s thankful that Manchester City didn’t add a new centre-forward to their squad this summer, ahead of their meeting with Liverpool on Sunday.

The champions’ were heavily linked with a new striking addition over the summer, having seen club-record goalscorer Sergio Aguero depart for Barcelona on a free transfer, following a hugely successful decade-long stint at the Etihad.

The club’s main target over the past few months appeared to be Tottenham Hotspur talisman Harry Kane, yet after a rumoured bid of around £100m was rejected by the north London club, City were forced to give up their pursuit as they refused to meet Spurs’ £150 million valuation.

With that deal scuppered, rumours began to swirl that Manchester City were eyeing up a shock move for Cristiano Ronaldo, before the Portuguese icon opted instead to return to rivals Manchester United, having previously spent six years at Old Trafford.

Guardiola’s men haven’t looked too affected by the lack of an out-and-out striker, having notably put five past both Norwich City and Arsenal in the early weeks of the season, while they also scored six in the win over RB Leipzig on matchday one in the Champions League.

With Liverpool to come next, Reds boss Klopp shared his relief that their rivals weren’t able to add a striker to an already immensely talented squad and insisted that they are just as impressive without one.

“I know they didn’t score 500 goals and the world is talking about they how need a No.9,” he told his pre-match press conference. “Yeah, imagine if they had a No.9 on top of that! It’s a luxury problem, let me say it like this.

“It was like that last year and then Ilkay Gundogan arrived like 500 times in the box and scored from close range. So we thought, OK, how is that possible?

“If in football it would be that easy – mark the No.9 and he cannot score – that would be really great!

“It is the decisive area in and around the box where City traditionally, at least since I’m in England, always have enough options.

“Which number they have on their back is really not important. They bring in players in all the moments – the wingers are influential like ours are, I don’t know how many goals City scored from close range with a square ball in the six-yard box.

“So you would think playing against City, the whole world is defending against City, so there is one area where always a defender or more than one defender should be, that is in their own six-yard box. But in the end they just square the ball and at the second post is completely free.

“And that’s not because all the other teams are dumb, it is because they do it really well, they pass the ball at the right moment, the positioning is close to perfect. That is why it works out that often.”