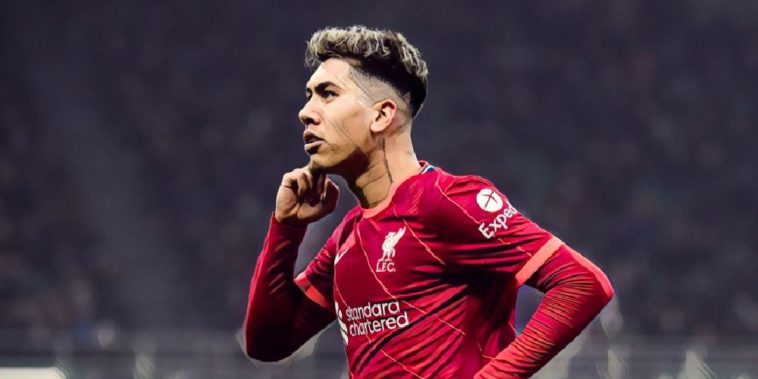 Liverpool secured the advantage in their Champions League last 16 tie with Inter Milan, battling to a 2-0 win in what was a hugely enjoyable clash in the famous San Siro stadium.

It was an entertaining first-half between two sides who have played some attractive football this season, Inter Milan going close as Hakan Calhanoglu cannoned one off the bar in the opening stages, while Sadio Mane and Trent Alexander-Arnold went closest for Liverpool at the other end in a goalless first 45 minutes.

The Premier League side had the better of the chances in the first half, though the Nerazzurri came out with a little more intent after the break and created a number of presentable chances, with Ivan Perisic an increasingly influential figure for the Italians.

However, with 75 minutes on the clock, substitute Roberto Firmino gave Liverpool the lead with what was remarkably the first shot on target of the entire match. The Brazilian drifted to the near post to meet an inswinging Andrew Robertson corner, glancing his header beyond the dive of Samir Handanovic.

Eight minutes later and the Merseysiders doubled their advantage, the ball dropping to an unmarked Mohamed Salah 12 yards from goal as the Egyptian swept home Virgil Van Dijk’s headed knockdown from a Trent Alexander-Arnold delivery.

Thank you for your incredible away support, Reds ❤ pic.twitter.com/foTTz8xPHk

Speaking afterwards, Jurgen Klopp was critical of his side’s performance at times, but was delighted with his side’s reaction.

“We didn’t defend that too well and our full-backs were alone in a one-on-one situation. It doesn’t work properly like that. In a game like this, you have to keep the ball longer and that didn’t happen often enough. But you cannot come here and hope you have a brilliant day and that is the only chance to get a result.

“We did not have a brilliant day but a good enough day to be a deserved winner because we scored two wonderful goals. Yes, they had their moments but mainly counter-attacks when we lost the ball in the wrong spaces.

“I am happy with everything apart from Diogo [Jota] going off because of something around the ankle ligament. He could play on so maybe that is a good sign. The ankle was swollen at the break so we had to change.

“It was perfect how the boys reacted. All of them want to start. All my respect for Jordan Henderson’s performance today and Naby [Keita], who came on. Luis [Diaz] is so natural when he comes on so that is all very helpful. Bobby Firmino needed time to get in the game because he got the balls in the most difficult areas. After he scored the goal you could see the confidence back and all of a sudden the ball was our friend again.

“After the game I couldn’t care less but in the game we didn’t finish situations often enough. Very often, their situations were offside. This really kills me. You can see it is offside but they let it run and then forget to raise the flag.”