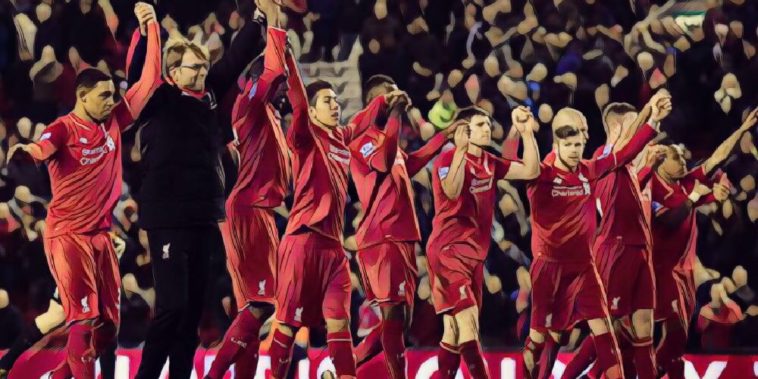 Jurgen Klopp has revealed the one word that he told the his squad upon arrival at Liverpool was ‘Team,’ as he tried to instil his exciting brand of football on the Anfield based side.

Klopp has recently celebrated his three year anniversary as Liverpool manager and in that time, he has transformed the team from challengers for the top four into title contenders on both a domestic an European front.

His ‘gegenpress’ style of football has gained plenty of admirers during his time in the Premier League, and at Borussia Dortmund before, but he has explained that the main ethos of his sides is to work together.

“You don’t want to give too much information, because it’s like you’re filling a glass with a bucket and that doesn’t work very well,” he told JOE.

“I remember I wrote in big letters on a paper the word ‘TEAM’ and I said that is what I want us to be.

“I said ‘T’ is for terrible to play against – I had not a better word unfortunately… I don’t know if I have a better one now. ‘E’ for enthusiastic. ‘A’ for ambitious. ‘M’ for mentally-strong machines.

“Sometimes, we are exactly that! We can be terrible opponents to face, we have this kind of excited – a bit crazy if you want – style with organisation.

“We are for sure very enthusiastic and very ambitious and we have become stronger and stronger mentality-wise. Pretty much all of my players work like machines too, so I have actually what I wanted.”

Liverpool are currently third in the Premier League, level on points with fellow unbeaten sides Man City and Chelsea, and are among the bookmakers favourites to lift the title.