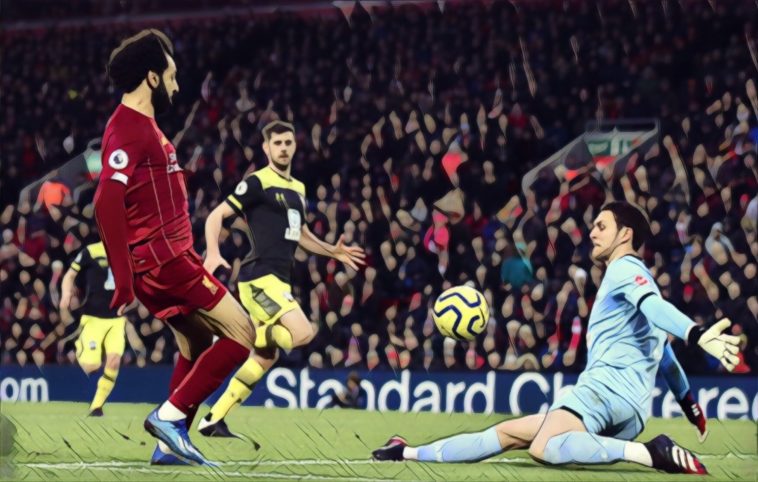 Liverpool won their 20th consecutive home game in the Premier League with a thumping 4-0 win over Southampton at Anfield.

The Saints can count themselves quite unlucky to have been on the receiving end of such a heavy beating, having matched their more illustrious hosts punch-for-punch for much of the encounter.

It was scoreless at half-time, but Southampton looked the more dangerous at that point, taking ten shots compared to Liverpool‘s eight, with a number of them coming from inside the box. At this point it was difficult to discern who was the home team, but the Reds pulled away after the interval.

The champions-elect scored the opening goal through Alex Oxlade-Chamberlain in controversial circumstances, going up the other end of the pitch to score after the visitors were denied what they felt was a clear penalty.

From there they made their dominance in possession count, as Jordan Henderson scored the side’s second, before a Mo Salah brace firmly put the game to bed. In his post-match press conference, Jurgen Klopp was full of praise for his opponents: “The readiness to improve in the game and learn from the game [is what we had to do to win].

“The set-up of Southampton I could not give more credit to. What a strange result in the end. It’s deserved because we score the goal but what a team.

“They had too many shots on target and we had to change in the second half. That helped massively and when we are rolling it’s difficult to stop.

“Even when it was 4-0 Southampton did not stop and I have so much respect for that.”

See Also: Six Premier League records which could be broken this season