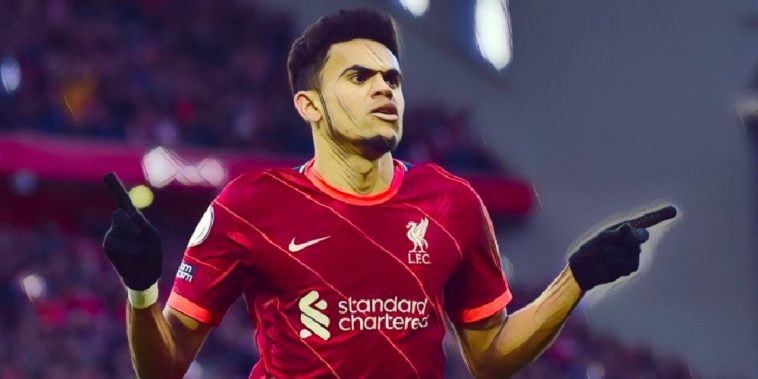 Liverpool came from behind to earn a 3-1 win over relegation strugglers Norwich at Anfield, thanks to goals from Sadio Mane, Mohamed Salah and new boy Luis Diaz.

Liverpool made seven changes from the side that played out a 2-0 victory against Inter Milan in midweek, and they got off to lively start at Anfield, with the Reds creating a whole host of chances, though Norwich offered a threat of their own at the other end.

However, Anfield was stunned as they saw their side fall behind against the Canaries three minutes after the interval following some brilliant work by Josh Sargent. The 21-year-old laid it off to Milot Rashica on the edge of the area, before his effort took a wicked deflection of Joel Matip to leave Alisson with no chance.

However, Liverpool would only be behind for 16 minutes, with Sadio Mane netting an acrobatic overhead kick to equalise after Kostas Tsimikas had nodded the ball into the centre of the box from his position on the left.

Two minutes later and the Reds had turned it around, a long-kick from Alisson picked out the run in-behind of Mohamed Salah, the Egyptian taking a great touch to control the ball. Norwich goalkeeper Angus Gunn came out to close the angle, though Salah produced a tidy turn on the edge of the box to create a bit of space, before rolling it into the back of the net.

January signing Luis Diaz has already produced a number of promising performances since his move from Porto last month, and the Colombian netted his first goal for the club to make it 3-1 with nine minutes left to play, dinking it over Gunn after receiving the ball from Jordan Henderson.

The victory moved Liverpool to within six points of Man City ahead of their evening kick off against Spurs, and speaking afterwards, Jurgen Klopp said Norwich ‘made it really tricky’ for his side, as he explained his decision to switch to a 4-4-2.

Off and running in a Liverpool shirt. ⚽️ pic.twitter.com/59tMDwqQYU

“It had its moments, the longer the game went on the more I could enjoy it, obviously,” he told Match of the Day. “A week or go when we played at Burnley, they give you a proper fight and over the years you learn to deal with these situations, again today. Norwich have a very different style but played a proper game, defended deep, had their counter attacks, made it really tricky for us.

“We had moments and then the game can look completely different, then a deflected ball can be pretty decisive, but these boys just don’t give up, we could help from the bench, bringing really good players on and that was like three days ago the game changer.

“We played really good football and scored wonderful goals. The coaching team, we changed the system as well, go for 4-4-2 and that is necessary in a moment like this that you throw all the knowledge you have together – it gave them a proper challenge to deal with because all of a sudden we were a threat in all moments.

“Thiago with his passing, really fresh, really relaxed, full of confidence, that helped as well. He is a good player, we just have to make sure we can keep him fit.

“Diogo [Jota] was not available and we don’t know how long it will take, Bobby Firmino has a muscle problem and is out for a while, so we have to keep the boys fit and create a spirit like the boys did today in the game.”

Salah’s strike was his 150th in a Liverpool shirt, and the German was delighted with his performance.

“Outstanding, great number, he played a different position and did exceptionally well, then when he played the natural position he did well again.”