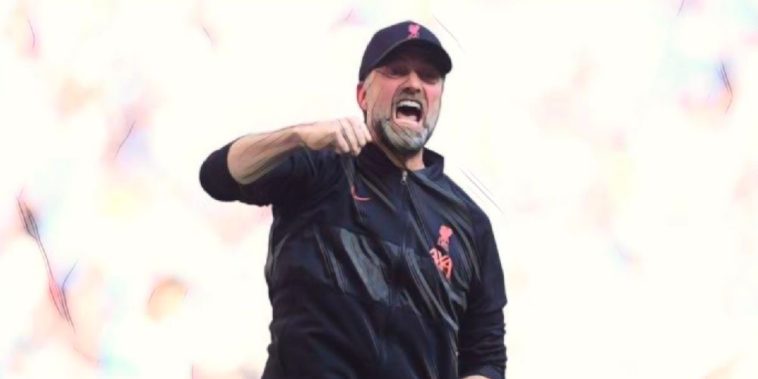 Liverpool kept their quadruple quest alive as they ran out 3-2 Wembley winners over Manchester City to book their place in the FA Cup final.

The two sides met just six days ago, playing out a hugely entertaining 2-2 draw at the Etihad last weekend, a game in which Liverpool weren’t at their best but still managed to earn a potentially vital point against their Premier League title rivals.

It was a totally different story in North London however, with Manchester City looking distinctly off the pace, particularly in the first half, and they would fall behind in just the ninth minute, Ibrahima Kounate continuing his fine goalscoring streak as he headed home an Andy Robertson corner.

Eight minutes later and it was two as Sadio Mane applied pressure to goalkeeper Zack Steffen, who kept hold of the ball for too long with Mane’s challenge sending the ball into the back of the net.

Mane then made it three on the stroke of half time, the Senegalese volleying home to beat Steffen at his near post following a delicious clipped ball from Thiago Alcantara to leave the Citizens with an absolute mountain to climb.

Jack Grealish pulled one back two minutes after the restart, though City didn’t really mount a second-half onslaught until the dying stages, substitute Riyad Mahrez getting in behind the Liverpool defence before squaring it to Bernardo Silva who poked the ball home from close range in the 91st minute.

City created three big chances in the final few minutes of added time, but weren’t able to score the all-important equaliser that would have taken the game to extra time.

Speaking after the game, Jurgen Klopp was understandably delighted with his side’s performance, though downplayed the talk of securing an unprecedented quadruple.

“Absolutely proud, incredible – I think the first half was one of the best we ever played,” he told BBC One. “We did all the right stuff, we scored in the right moments, we played an incredible game in the first half, I really loved each second of it.

“The second half started with the goal for Man City and then it opens up – the quality of City is insane and you could see it was a much more open game.

“We respect the quality of City so much and it’s so difficult to win against them. But because we have these boys in our dressing room we have a chance.

“It’s not a statement, we are just in the final. I think City knew beforehand that it could be difficult against us – that’s how it has been between us most of the time. There was one game where there was a strange scoreline – 5-0 – when we had an early red card.

“But when both teams were on top of their concentration, it has always been close.

“The quadruple talk I can’t believe it. This win means we have another game and then we have to play Aston Villa in a midweek, they have to move one game again.

“I don’t think we have a full free week before the last matchday – it’s all difficult but who cares? We came here and we wanted to go through to the final. We knew about the problems but qualifying for this final makes the quadruple even more difficult – it’s the only way to do it but it makes it more difficult as well so it’s a strange situation.

“But we are over the moon, we beat the strongest football team in the world and that’s a pretty special moment.”

Next up for Liverpool is a home game against bitter rivals, Manchester United, on Tuesday night.