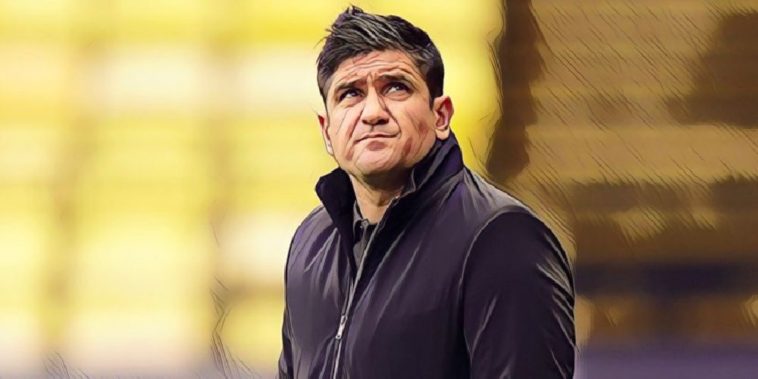 Jurgen Klopp has hit out at Watford’s ‘harsh’ treatment of managers, following the recent sacking of promotion-winning coach Xisco Munoz.

The Spaniard became the first managerial casualty of the season after being relieved of his duties following the 1-0 defeat to Leeds United just under two weeks ago, despite having picked up a respectable tally of seven points from the Hornets opening seven league games and having guided the club out of the second tier after taking the reigns in December.

Such a swift dismissal has become somewhat commonplace at Vicarage Road under the ownership of the Pozzo family, with their brutal hiring and firing policy having seen a succession of managers come and go since their takeover in 2012.

Munoz’s replacement, Claudio Ranieri, is now the 14th manager to have been appointed in just under ten years since the owner’s took over, with his first assignment set to be a stern test at home to Liverpool on Saturday.

Ahead of that clash, Reds boss Klopp has offered his criticism of the ‘harsh’ treatment that managers receive at Watford, while also admitting that the potential bounce effect of Ranieri’s arrival could ‘make things difficult’ for his side.

“It is harsh how Watford deal with managers,” he said at his pre-match press conference. “How can you be surprised they made a change? You learn the name of a new colleague and then they are replaced. I don’t like this.

“Claudio (Ranieri)’s arrival makes things difficult, but we have to play our game.”

The German did, however, dish out praise to the incoming Ranieri for his longevity in the game, with the 69-year-old set for his fourth managerial appointment in English football – more than 20 years after taking the job at Chelsea.

“Claudio looks younger than me and he obviously has a good genetic basis,” he said.

“I think he has had probably had more than 15 clubs, so definitely more than I can, because I’m already 54 and I’m not sure I can catch up. I hope I’m still in shape as Claudio is now at 79, but we can only use the time we have in our hands and not think too much about 15 years time.