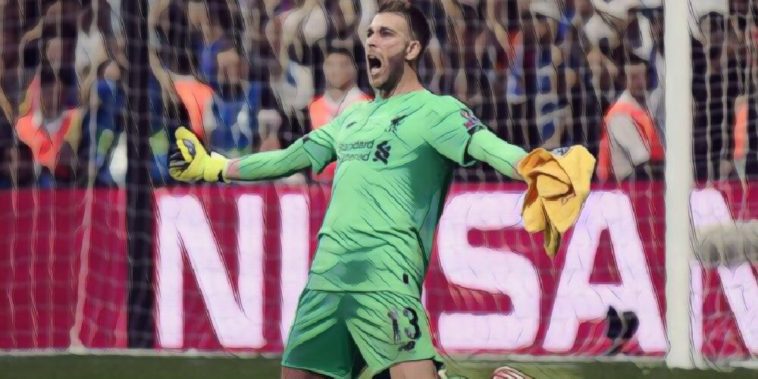 Jurgen Klopp has confirmed Adrian is a doubt for Liverpool’s trip to Southampton having been injured by a supporter during the club’s UEFA Super Cup celebrations.

The Spanish goalkeeper marked his first start for the club by saving the decisive penalty from Tammy Abraham as Liverpool beat Chelsea 5-4 in a shoot-out, following a 2-2 draw after extra time in Istanbul.

During the celebrations, a fan ran onto the pitch and injured the 32-year-old in a freak incident, an incident which understandably left Klopp angered with the goalkeeper now a doubt for Saturday’s trip to St Mary’s with an ankle problem.

“I don’t understand why in the world of social media when we are all together, a supporter jumped over something and kicked [Adrian’s] ankle,” Klopp said in his pre-match press conference.

“It is swollen but we have to see. Apart from that it was a brilliant night for him.”

Did anyone see this slide tackle by some idiot after the shoot out… what the heck man!! #LFC #SuperCup pic.twitter.com/hJrGpiguMd

“If the person cannot stop himself then the fans around him must. It is not funny,” Klopp added about Adrian’s injury.

“Adrian won’t go for a scan. We wait for the swelling to go down.

“The flight didn’t help but I saw him now, it looks better and make a decision.”

With first-choice Alisson also currently out injured, Klopp could call on 35-year-old Andy Lonergan to deputise this weekend.

The veteran joined Liverpool on their pre-season tour and signed a short-term deal following Alisson’s injury, and is in contention alongside youngster Caoimhin Kelleher for a shock debut against Ralph Hassenhuttl’s side.

“We need to think about Saturday to find a way to win the game.

35y 302d – Should he debut for Liverpool tomorrow, Andy Lonergan will be the oldest Englishman to make his Premier League debut in the 21st century, aged 35 years and 302 days. Evergreen. pic.twitter.com/lZRTnaR2BT

“Andy Lonergan is in training with Kelleher and we have them if we have to make a decision.

“Adrian was a week before, Lonergan has trained with us. Kelleher has potential but is not 100% yet. We will see.”