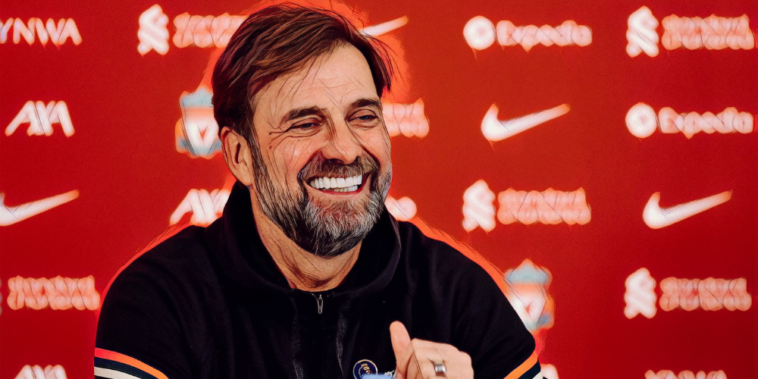 Jurgen Klopp is eyeing another trip to Wembley as Liverpool prepare to face Nottingham Forest in the FA Cup quarter-finals this weekend.

Liverpool travel to face the Championship side at the City Ground on Sunday, looking to secure a place in the semi-finals of the FA Cup for the first since the 2014/15 campaign.

Forest have impressed to reach this stage and have eliminated both Leicester and Arsenal to reach the quarter-finals, with Klopp telling his pre-match press conference that he is expecting a tough test against the second-tier promotion hopefuls.

The German was full of praise for the work Steve Cooper has conducted at Forest, with the 42-year-old having spent five seasons as an academy coach at Liverpool before moving into senior football.

“I want a team in Nottingham who are mentally and physically ready,” he told the media. “We will be Premier League team number four they’ve faced so they have not had it easy so far. Our former coach is doing a proper job there.

“If we rotate, it’s just to have the best team possible.”

Liverpool enjoyed success at Wembley last month after winning the Carabao Cup final against Chelsea and Klopp is hopeful the Reds can earn another atmospheric occasion at the national stadium.

“It was a while ago we played a final at Wembley [prior to the Carabao Cup final]. The atmosphere the people created, no difference to the Champions League final.

“This is a fantastic opportunity. Nice to play semis at Wembley but the real deal is a few weeks later.”

Read Also – The Last Eight: Assessing each of the Champions League’s quarter-finalists