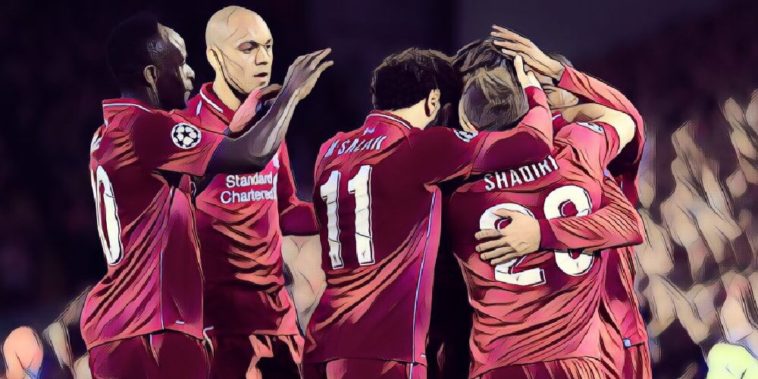 Jurgen Klopp was delighted with his side as they comfortably beat Red Star Belgrade 4-0 in the Champions League, but picked out Fabinho and Xherdan Shaqiri for special mentions.

Liverpool, helped by PSG’s 2-2 draw with Napoli in Paris, went to the top of their Champions League Group thanks to goals from Roberto Firmino, Sadio Mane and a brace from Mohamed Salah.

However, despite the energetic Reds trio grabbing the headlines, it was the performances of summer signings Fabinho and Xherdan Shaqiri that earned the praise of Liverpool boss Jurgen Klopp.

“The plan was to start direct, we didn’t know how they would defend,” Klopp told BT Sport. “We wanted to be lively, but perhaps it [the indifferent start] went on too long. When the game calmed down we played football and created chances – it was a really good game and I enjoyed it a lot.

“It was good [the front three scoring], but it was good to see Adam coming on, the counter-attacking, the passes and Daniel playing. It was a good football game and a deserved win.

“Fabinho was good from the start – Shaqiri was involved in everything. He is a really nice footballer and that helped. I thought he did really well.”

“[Group rivals] Napoli and PSG played a 2-2 draw, but I can imagine it was pretty lively. It will stay exciting. This group is a tough one for all of us. We have to be ready every day and hopefully we will be ready in two weeks.”

Both Shaqiri and Fabinho have been somewhat on the fringes of the Liverpool first-team since their arrival at Anfield during the summer transfer window after arriving from Stoke City and Monaco respectively.