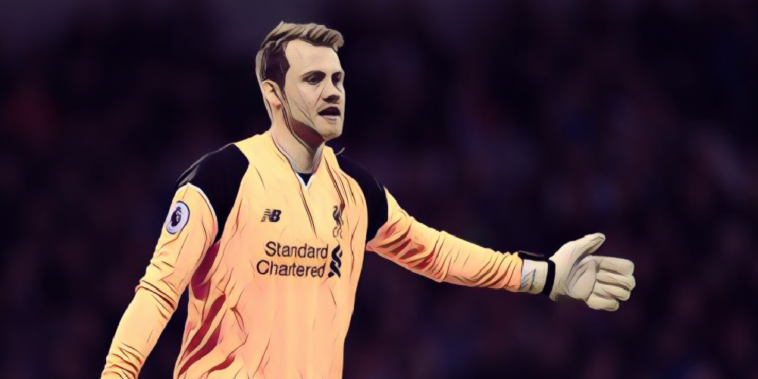 Jurgen Klopp has confirmed that Simon Mignolet will not be leaving Liverpool this summer.

Mignolet moved to Liverpool 2013, spending the best part of his time at Anfield as the clubs number 1 ‘keeper. However, over the last six month or so he has slipped down the pecking order, with Loris Karius taking the gloves for the back end of last season.

Now, with Liverpool splashing out an incredible £67 million to land Alisson Becker, Karius has been a allowed to join Besiktas on a two-year loan deal, something which Mignolet has publicly described as “bizarre”, while claiming he wasn’t denied the chance to make a similar move.

With transfer windows around Europe set to close today, Jurgen Klopp has confirmed that his backup goalkeeper will not be leaving, while also advising the Belgian to air his problems in private rather than in public:

“He will not be leaving. Of course not,” Klopp told his pre-match press conference.

“I would say in general discussing your problems in public doesn’t make too much sense. It is better to speak to each other, I’m a big believer in that. But it was still OK.

“It is the one time, we are all human beings and I have not problem with that, and if he was happy to be a number two then I wouldn’t really know him. He is a top professional, a top goalkeeper and of course he is not happy to be number two but at the end there are worse things in the world than being number two – pretty good pay by the way at Liverpool.

“So in the first moment you understand decisions or not but it is always better to talk to me directly about it than newspapers. [Liverpool Head of Press] Matt [McCann] told me – usually I would not even be aware of it. It makes not too much sense, if you want to say something to me say it directly – that helps.”