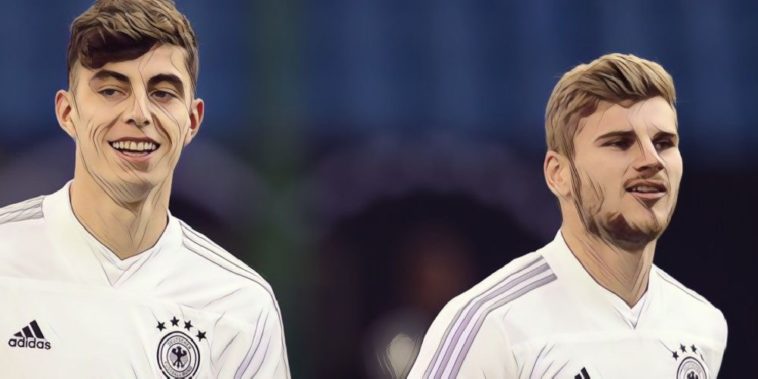 Jurgen Klopp has moved to distance Liverpool from the big-money signings of Timo Werner and Kai Havertz this summer.

With the Bundesliga back in full swing, Havertz and Werner have dominated the column inches in recent weeks following some impressive performances, with both having been linked with big-money moves to the Premier League.

Liverpool were heavily rumoured to be interested in a move for Werner in particular, with the Leipzig striker seemingly keen on move to Anfield, although after a dramatic turnaround this week, now looks set for a move to Chelsea instead following the Reds refusal to meet his £53 million release clause.

The runaway league leaders have also been mentioned among those to be interested in talented Bayer Leverkusen playmaker Havertz, but Jurgen Klopp admitted that questions would be asked if the club were involved in any big money deals this summer after discussing ‘salary waivers’ with current players and staff amid the ongoing pandemic and economic downturn.

“It’s rather quiet here (at Liverpool) at the moment, I think it’s safe to say. If you want to take it seriously and run a normal business and depend on income and have no idea how much you will earn… especially because we don’t know when we can start playing with spectators again.

“At the moment, all clubs are losing money. Without spectators, we have to pay back the season tickets and probably sell none next year. At least maybe without the first 10 or 15 games. The VIP areas won’t be packed and the tickets won’t be sold. This will have an impact on other partners and things will look a bit different.

“Discussing with the players about things like salary waivers and on the other hand buying a player for £50-60m, we have to explain.”

Liverpool were also claimed to be ‘monitoring’ Borussia Dortmund’s Jadon Sancho earlier this week, though with a valuation of £100 million, it would seem like Klopp’s comments effectively rule out a move for the England international.