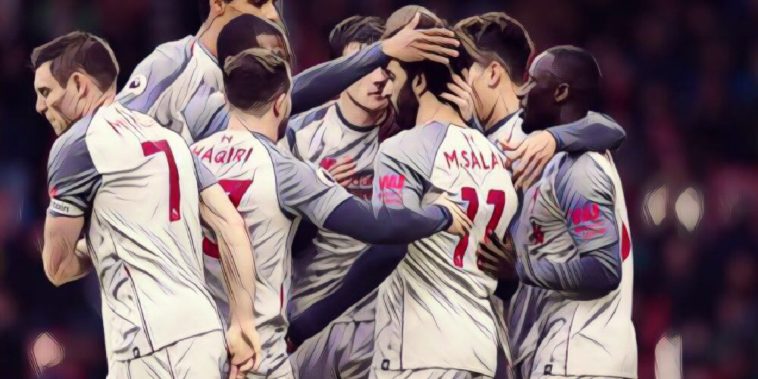 Liverpool moved to the top of the Premier League table after romping to a hugely impressive 4-0 away win over Bournemouth earlier today.

Reds attacker Mohamed Salah was in sublime form on the South Coast netting a hat-trick of excellently taken finishes to put the pressure on Pep Guardiola’s Man City who need to avoid defeat against Chelsea at Stamford Bridge this evening to regain top spot.

This seasons Premier League is clearly shaping up to be a two horse race between Liverpool and City, but Reds boss Jurgen Klopp has insisted that his side must only remain focused on themselves and n0t worry about what Guardiola’s side are doing.

Big fan of VVD pointing at Salah like a giddy fan getting a selfie. pic.twitter.com/xfpzBcaCac

”We want to be as good possible at the end of the season. It is not clear what that is. I think the only way to be successful is to be completely focused on yourself,” Klopp told Sky Sports.

“We are not really interested on other teams. We only have three days until Napoli which is a big one. It is Bournemouth celebrating day. Let’s go home, have food and go again.”